The dog ate my homework… the parrot ate my logbook!

We all know that losing a document is a real pain, especially when they’re government documents! From leaving it in an old car to just simply misplacing it, we’ve heard it all. Well, that being said, we thought we had heard it all!

The DVLA have recently updated their system of ordering a replacement V5C logbook, with Julie Lennard the DVLA Chief Executive confirming that “Our online service to replace a V5C is quick and easy to use and means customers will receive their replacement vehicle registration certificate within the week”. Since its launch, the service was used 300,000 times by people looking to replace their V5C.

Lennard continued to say that people shouldn’t be shy regarding explaining why they are in need of a replacement V5C, and we can see why she’s saying this! When the DVLA HQ at Swansea took a look at some of the most obscure reasons, there were some shocking ones! (but highly entertaining!). 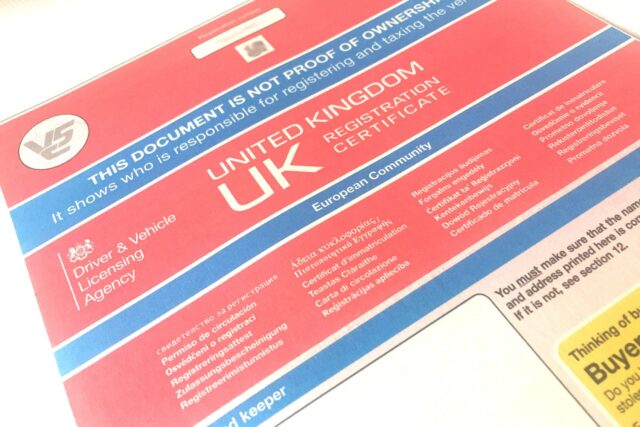 Here are some of the top reasons for a replacement V5C that the DVLA received:

No matter how spurious the reasoning is, it is really important you reorder your V5C logbook as soon as you realise it is destroyed / lost. Luckily the turn-around time for receiving your new documentation has massively reduced thanks to the new systems in place!

It’s important that you always have an up-to-date logbook with your car details on, as it’s a necessary thing to have. Especially when it comes to buying a new registration and transferring it over, or even just purchasing a new number plate! (This is as we can accept V5C documentation as proof of entitlement).

If you do need to purchase a new V5C Logbook, the fee is £25 from the DVLA. Just follow here to be redirected to the site, and if you are struggling with anything then don’t hesitate to reach out to us at info@number1plates.com and we will be more than happy to help you with any queries at all!