The Formula To A Motor-Tech Revolution

With the Formula 1 Gulf Air Grand Prix in Bahrain starting this weekend, we thought that we’d have a look back through all of the fantastic ways in which Formula 1 has revolutionised motor technology into what we now know today. 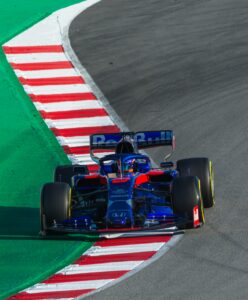 Ever since the first Formula 1 Grand Prix, there is no doubt that they have introduced and advanced pieces of motor technology, which have thus impacted our average road cars. Some you may not even realise were born through F1, others you might not even know existed!

From the progression of suspension, to green technology and energy saving devices. The list is endless.

Have a look through our ‘Top 8’ motor-tech advancements that were founded through F1:

The Top 8 Motor-Tech Advancements from F1

Active Suspension is the opposite to your regular suspension – which means that instead of feeling every bump and groove in the road as with regular passive suspension, the chassis is actively moved to smoothly tackle the contours in the road.

It stiffens shocks and further helps to aid other such movements for safer handling and an all round nicer driving experience.

Toyota in 1983 were the first to introduce the advancements to their production line, and since then there have been many alterations and advancements of suspension systems, with many brands and models all offering different versions for different preferences.

The AWD (also called Quattro in its former rally embodiment), was introduced by the Audi Rally Team for their motor racing vehicles.

The tech advancement allows for the power to seamlessly swap and change torque between each wheel depending on the individual wheel’s need.

From all four wheels to front and rear two-wheel drive, it aids smooth and effective handling and driving of the vehicle on all terrains.

Whilst keeping the power behind the vehicle to keep that ‘umph’, but also tolerating nimble movements, the AWD was a huge advancement, and it’s no surprise that Audi brought the technology with them into the production of the Quattro line in the 1980’s. 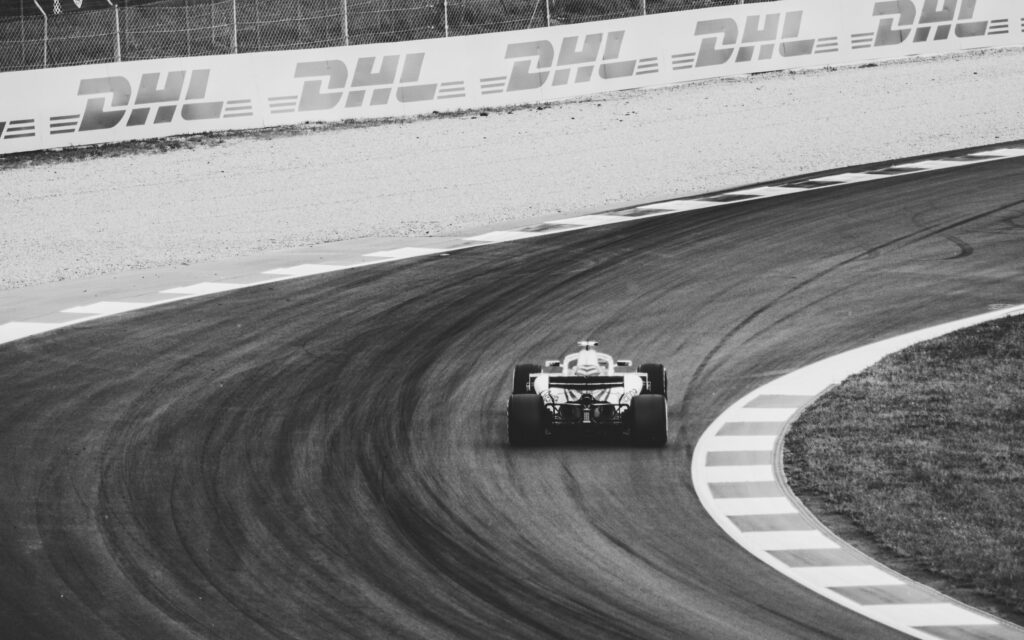 Although a major breakthrough, this advancement is still a while off from being on your average production line mainly due to the huge price tag that comes with it.

The Carbon Fibre frame was first designed by John Bernard and brought to F1 by McLaren, however was soon lapped up due to it’s benefits which include being a whopping 3.5x stronger and 5x lighter than steel!

There are a few cars on the road that are made from carbon fibre, (however not many as of yet) and these include:

As you can see, there’s not many cars on the road with the carbon fibre chassis. We could be waiting for some time before we see many more, and this is mainly due to the huge cost of the production of the frame.

Although disc brakes may now seem a pretty standard car part, before the 1980’s, the world of motor-technology was unaware of them.

First brought to the table in the 24 Hours of Le Mans by Porsche, the disk brake was a revolutionary breakthrough to enable fast & hard breaking without having the steering wheel lock.

There are new advancements, again thanks to F1, to the disc brakes to change the material to ceramic. This would then mean they are lighter and more heat resistant – all beneficial when referring to the braking system of a car!

With many different multi-functional, performance-maximizing buttons on the steering wheels of F1 cars, it’s no wonder that the idea was transferred to the average road car.

Of course, not all of the buttons are featured in both – for instance media volume buttons most likely aren’t a prominent motor-racing feature, however the idea has trickled down thanks to the F1 motors.

The buttons which we see featured in road cars are all additional safety features to ensure the driver is able to concentrate on the road with a lesser chance of distraction. 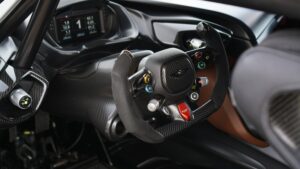 The Kinetic-Energy-Recovery System was brought in by the FIA (Federation Internationale de l’Automobile), with efforts to develop ‘greener’ technology firmly in mind. They found that the kinetic energy used when braking creates heat energy, which contributes slightly to the warming of the planet. They devised the MGU (Electric Motor-Generator Unit) which instead stores that heat energy, turns it into electric and is then reused to give extra power to the engine and provide it with an extra boost, either on demand from the driver or as part of an electric turbocharger.

You’re probably wondering how did these originate from the Formula 1 Grand Prix and not just common sense… well it’s no surprise.

In actual fact, before the 1950’s rear view mirrors weren’t a thing! They were brought in to motor racing by engineers to allow drivers to check their braking on corners and view their fellow competitors approaching from behind.

Their significance was noted and sooner or later they became a mandatory safety gadget in all motor vehicles! 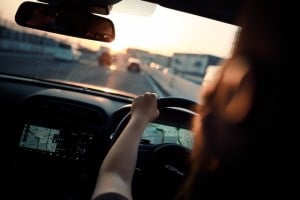 The direct shift gearbox was originally designed and developed for the Porsche 962 in 1984. It could be classed as one of the most durable and effective modifications for production cars, of all time so far.

It allowed for a smooth collaboration between both the manual performance of gear shifts and the simplicity of an automatic. The two working together meant that the direct shift gearbox was revolutionary for ease, simplicity and modernisation.

So it’s clear to see how much of an impact the Formula 1 motorsport cars have had on our road cars, whether you realised it or not. From simple but effective gadgets such as the rear view mirror, to exceptional devices which help prevent global warming!