Let's work together to find the perfect DVLA registrations!

DVLA Number Plates are also referred too as DVLA registrations. As you a now probably aware are private plates that you can purchase to add a personalised touch to your vehicle. If you were to shop our huge collection of dateless registrations or cherished number plates, you could make your vehicle timeless by covering its true age.

How did the DVLA introduce private plates?

It was during the suffix and prefix plate period that the DVLA recognised that the ever increasing demand for new vehicles and he attraction of a new number plate could pay dividends. As ‘H’ regs were rolled out in 1990, the DVLA withheld the ‘best’ registrations that contained numbers like 11, 22, 200 etc. Once a collection was built, they began to auction the plates off to the public. 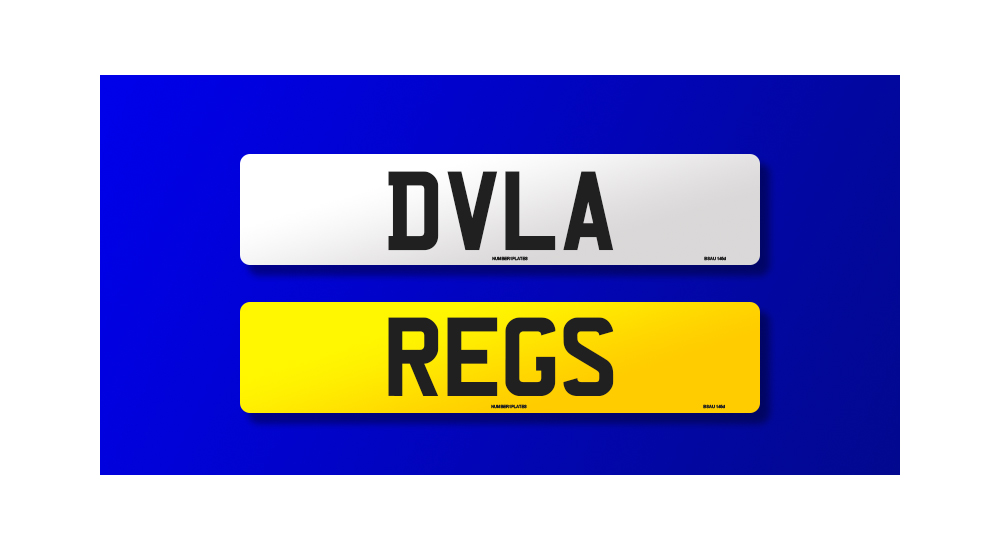 What format are DVLA registrations?

As we previously mentioned, the format in which a registration is displayed has had to be changed many times over the past 120 years. This is due to the different combinations that can be achieved being exhausted. Here is a timeline of the different types of registration plate formats:

How to buy DVLA registrations

As a registered number plate supplier, we have access to the entire collection of DVLA plates. Using our helpful customer service team, you are certain to find a registration that has sentimental value. You could find something that spells your name or perhaps an important date.

Once we are able to locate your ideal number plate together, you can simple make payment and we will take care of the rest. The registration will be assigned to you and you will receive your certificate of entitlement within 14 days. This doesn’t mean that you can put the new plates on your car yet, though. There’s one other step to take before you can do this.

How to assigned and transfer DVLA plates

Assigning your new reg to a vehicle is the final step in displaying it to the world. This will update your V5C logbook to display your purchase rather than the registration that was originally assigned to the vehicle.

To do this, you are required to apply via the DVLA using your V750 Certificate of Entitlement. Sending this along with your V5C allows to DVLA to cross reference all of the relevant information. They can then place the old registration on retention and update your logbook to display your new DVLA private plates.

Once on your vehicle, you are likely to one day be in need of a transfer to another vehicle. For this there is another V317 form that should be sent off the the DVLA.  V5Cs (logbooks) of both your current vehicle and the vehicle that you would like to transfer your registration too.

Can I sell my DVLA number plates?

Absolutely. Hundreds of people have shown people have shown that DVLA private plates can be great investments. Great in terms of both holding value, and massively increasing in value too. There have been dozens of very well documented cases in which the owner of DVLA plates like ’25 O’ and ’51 NGH’ brought in £400,000 and £245,000 respectively for their owners.

The best way to sell your registration is likely to be through an auction house. This will give you great exposer and put your plates in front of plenty of potential buyers.

If you need anymore information regarding our DVLA number plates and registrations, please don’t hesitate to give us a call or email!

Rest assured, all our number plates are MOT Compliant and fully legal.

Need help? Our team is available 9am – 4pm Monday to Friday!

We use secure payments so you don’t have to worry

Design your own on our simple and easy to use plate builder!

As you may have already found, we can help you with all things number plates. If you're looking for cheap replacement nu...
Read More

The ULEZ zone that stretches itself across the width of London has created a small benefit for some people living in the...
Read More

Personalised Registrations As always, we have been working on improving our product range and variety of plates. We str...
Read More

As number plate sales go, this is a huge one. We have written about the UK's most expensive number plates before, in par...
Read More