Here at Number 1 Plates, we’re always looking to support good causes, whether that’s as individuals or as a team, like with our Yorkshire Three Peaks Challenge back in August 2021, which raised more than £2000 for the Yorkshire Air Ambulance and Mission Motorsport.

Currently our Head of Private Registrations, Tobias Rawcliffe, is in the process of running 2,021 miles this year, in aid of Motor Neurone Disease Association, and here at Number 1 Plates, we’re looking to support him and help raise as much money as possible to support this incredibly worthy cause! 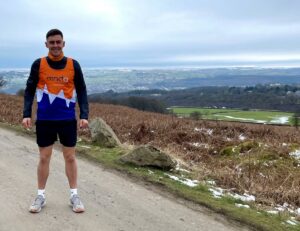 That’s why we’re offering our customers the opportunity to donate to Tobias’ running challenge when they order with us. All you have to do is click the amount you wish to donate whilst viewing your basket, before you head to the checkout to complete your order!

Even if you’re not looking to buy from us, then it doesn’t matter, you can still donate! Head over to Tobias’ JustGiving page and give what you can to help fund research into Motor Neurone Disease.

Tobias is raising money for MNDA in memory of his partner’s uncle, Phil Stephenson, who passed away aged just 47 in September 2019. Phil was a well-known name in Rugby League, having made 343 appearances for Keighley Cougars, and was a key player in the “Cougarmania” period of the 1990s.

MND has been regularly in the news of late, mainly as a result of the efforts of another rugby league star Rob Burrow, who was diagnosed with the disease in December 2019. Since then, the former Leeds Rhinos man, who played nearly 500 times for the Headingley-based club, has been publicly sharing his battle with MND in a bid to raise awareness of the disease and improve funding into research and treatment for it. As a result of his efforts, and his exceptional record in Rugby League, Burrow was awarded an MBE in the Queen’s 2021 New Year’s Honours.