Love them or hate them, speed cameras have been with us on the roads for 30 years now. In fact, the first speed camera was brought into action on the M40 in London back in 1991!

There are now a total of 3,982 cameras throughout the UK, and they have been catching offenders daily, with millions of people getting caught out by the cameras. It was even found that between 2018 and 2019 there were over 2.4 million tickets distributed, highlighting the need for the cameras to prosecute these individuals!

With there being so many cameras and so many different styles… it’s no surprise that Chinese whispers started up and there are lots of rumours circulating about these cameras. So we’re here to bust the top 7 myths and separate the truths from the lies to help you know what’s what! 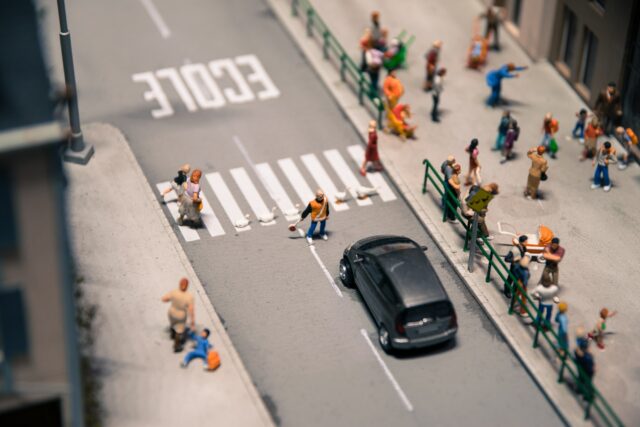 Let’s first take a look at the different types of speed cameras!

Are All The Cameras The Same?

There are a few different types actually, however the most common camera that you’ll see out and about is the “Gatsometer”.  Made and introduced in 1991, the Gatso is still prevalent today.

The yellow box works by taking 2 photographs of the rear of the offending car (hence why there’s a big flash when it catches you).They store these photos on a hard drive, which has a direct link to a control centre.

Similar to the Gatso, as it is a yellow box on a pole that takes photographs however the main difference between the two is that the Truvelo is forward facing. This means that when they take photographs of the speeding vehicle, they take a photo of the front of the car. With this they are then able to actually identify the driver and prosecute!

Overtime, the Truvelo has modernised and gone digital so that it can be front or rear facing, can watch multiple lanes at a time and is also able to sit at traffic lights.

They are hard to spot due to their neutral colours and limited yellow paint, along with their size. They are around half the size of a Gastro or Truvelo which is pretty small! Therefore they are very effective at catching offenders out on the motorways – a typical hotspot!

They are able to work in all weather conditions due to their mechanics and can monitor up to 5 lanes at a time – so weaving won’t mean you’re avoiding them!

SPECS are normally placed on motorways where there is work going on to ensure that drivers stick to the legal speed limits. Their double camera system means that they can record and compare the time taken to travel a certain distance. They are able to average out the time and speed over a greater distance than the other cameras – with a limited distance of 99 miles!

They are able to monitor multiple lanes and catch many offenders at a time.

These vans provide temporary coverage in places where speeding is a regular occurrence. The vans are usually pulled up to the side in laybys. They’re pretty easy to see as they have the bright policing colours on them – yellow and blue.

Inside the van, they use laser beam cameras and ‘mini Gatso’s’ to catch the speeders – and these can be used up to a mile away. 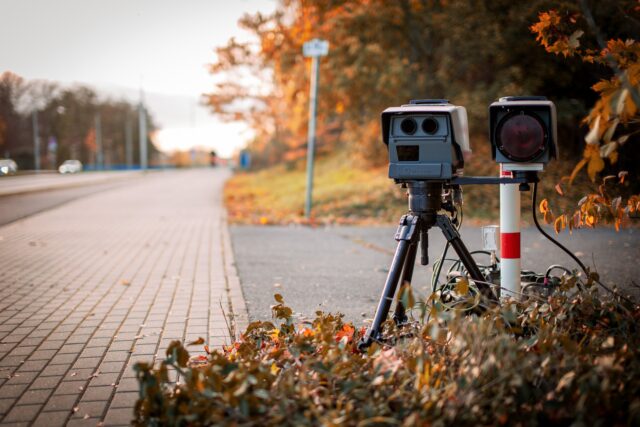 So now that we’ve got to grips with the different styles of cameras, let’s take a look through the myths that plague us and find out if they’re true or false!

This is true! In 2017, the Press Association went to all of the Police Forces throughout the UK with a freedom of information request, and found that out of 2,838 cameras only 1,486 were working!

It doesn’t mean you can chance your arm and speed past the cameras you see though!

This also stands correct. There is a period of time between the offence and being charged – 14 days – whereby the Notice Of Intended Prosecution (NIP) has to be given.

If the notice doesn’t arrive within that time frame then it is no longer valid and can be dismissed by the offender.

This one is technically false however there is still a grey area within it. By law, any speed above the speed limit for that road is illegal and the driver should be prosecuted.

The grey area creeps in, as the ACPO (Association of Chief Police Officers) have provided the public with guidance that they won’t charge if the speed is 10% + 2mph.

It is crucial to remember that this is not an entrenched law, thus there are no legal obligations by the police to act in accordance with it. It’s best to stick to the limits and stay within the law!

Unfortunately, this is another made-up story.

As we have discussed, the cameras operate in a clever way and cannot be fooled by this. Especially with modernising technology, the cameras are able to detect in front and behind of them and within a fair bit of distance.

The best way to avoid triggering the camera is simply to not speed… it’s unnecessary!

Although this could be confusing, it is in fact false. The government has previously released a statement saying that they had made plans to ensure that every speed camera was painted yellow, however not all have been.

The lack of a fresh paint job doesn’t strip the legality of the camera however. If you got caught by a grey camera, it would still count, and so you’d still have to deal with the consequences!

There are also instances where yellow cameras would be counterproductive, such as with the HADECS 3.

There are times when you will be given the speed awareness course as an option, however this is not always the case.

You will usually receive options of a fine, penalty points on your license or attending a speed awareness course. However, this is down to the prosecuting Police force’s discretion, and you certainly can’t request a specific outcome if it hasn’t been offered.

This is utter nonsense, but there are people out there who think a bicycle or horse can get you caught by a speed camera!

Not only is it pretty doubtful that a bicycle or horse could get to that speed on a road where cameras are present, but the speed limit laws only apply to motor vehicles, such as cars, lorries, vans and motorcycles.

It is crucial that cyclists and horse riders do follow the road laws and stay sensible however. 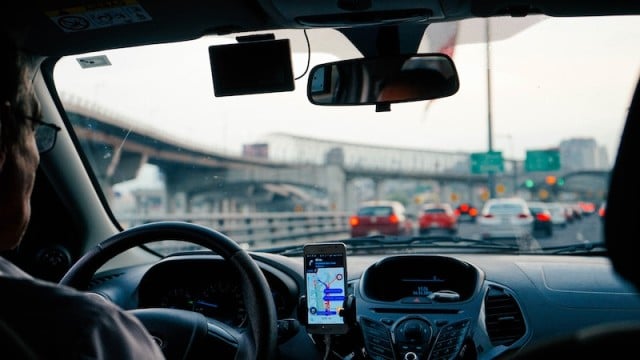 So there you have it. The top 7 speed camera myths, busted! After reading through these, it is important to remember that it’s best to stay within the law and drive the speed limit – there is no need for speed. The limits are there to keep you and everyone else safe!