Car Crime Hotspots: The Riskiest Postcodes in the UK

Vehicle thefts across England and Wales have soared by more than a fifth in the last three years, according to police data. However, vehicle crime varies wildly depending on the area.

The research revealed London as by far the riskiest area to leave your car parked, with postcode areas across the capital and surrounding areas taking the majority of the top spots, closely followed by Birmingham streets.

The UK’s Most Dangerous Postcodes For Parking

We’ve ranked the postcodes with the most vehicle crime per person, to find the worst places to park your car: 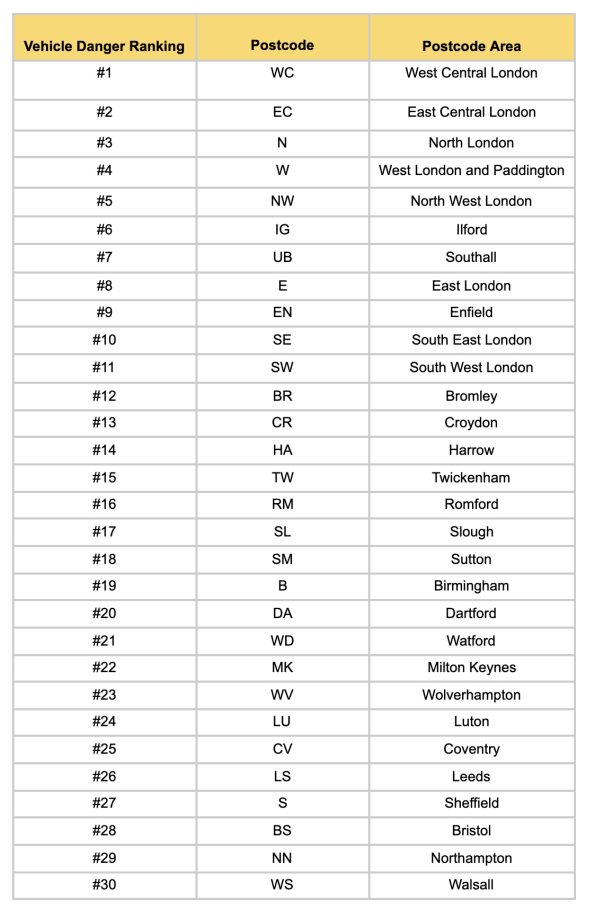 The City of London is the most dangerous place to own a car in the UK, with central London and its surrounding areas dominating the top 16 spots on the risky postcode list.

Crime rates in your area also feed into your insurance risk factor, so a London postcode can not only make you more likely to fall victim to a car crime, but it’ll also push up your insurance premiums.

London’s Most Dangerous Boroughs For Parking

With London topping the dangerous parking postcodes, we delved deeper and looked into the riskiest boroughs for car owners. 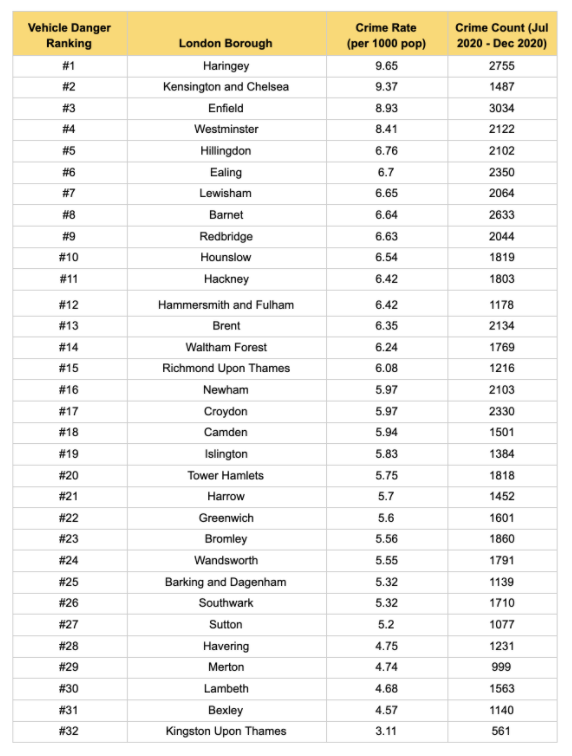 Leeds has the riskiest postcode in Yorkshire

There is more vehicle crime per person in Leeds than any other area in Yorkshire. The Sheffield postcode wasn’t too far behind, coming in as the second most dangerous place to park in Yorkshire.

Not only is vehicle crime rife per person, but thieves are getting away with it. According to recent statistics, nine in ten cases are dropped by police in Leeds.

Danger in the Midlands

After London and the surrounding areas, the most dangerous postcode falls in the Midlands, with Birmingham in the top spot. Wolverhampton, Coventry and Walsall also all feature in the top 30 worst postcodes to park your vehicle.

There’s more vehicle crime per person in Cardiff than any other Welsh postcode. Cardiff is followed by Newport and Swansea as the next most dangerous postcodes for parking your car. 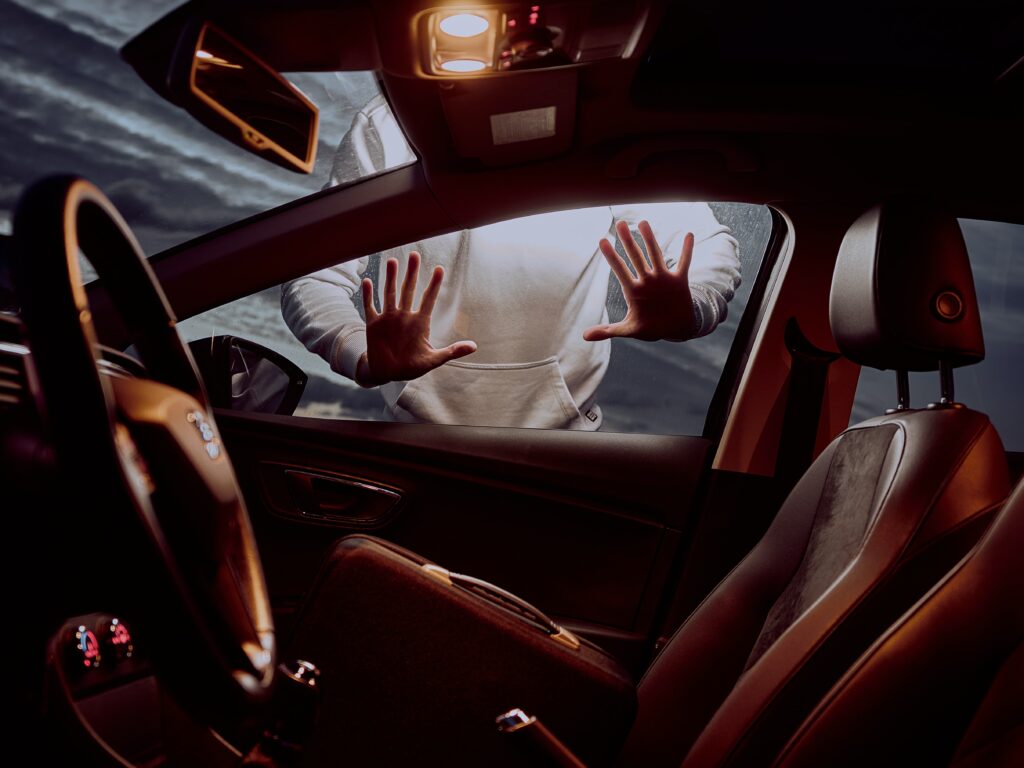 Aldan Ibbetson, motoring expert at Number1Plates says, “Although having comprehensive insurance will minimise the cost of theft or damage, doing your best to prevent this in the first place is the most sensible way forward. There are a few simple ways to do this – including not leaving car keys accessible. Alongside this, we would always recommend people to use secure, theft-resistant number plates, and remove sat navs from the car when you park up.”

Keeping your vehicles safe is a top priority. We know they’re your pride and joy, so alongside protecting your motor, we’re here to make sure they look incredible and unique too. Get your customised number plates from Number1Plates and you’re guaranteed to get a high-quality finish and exceptional service!