The Amount of Electric Vehicle Charging Points in Every Country 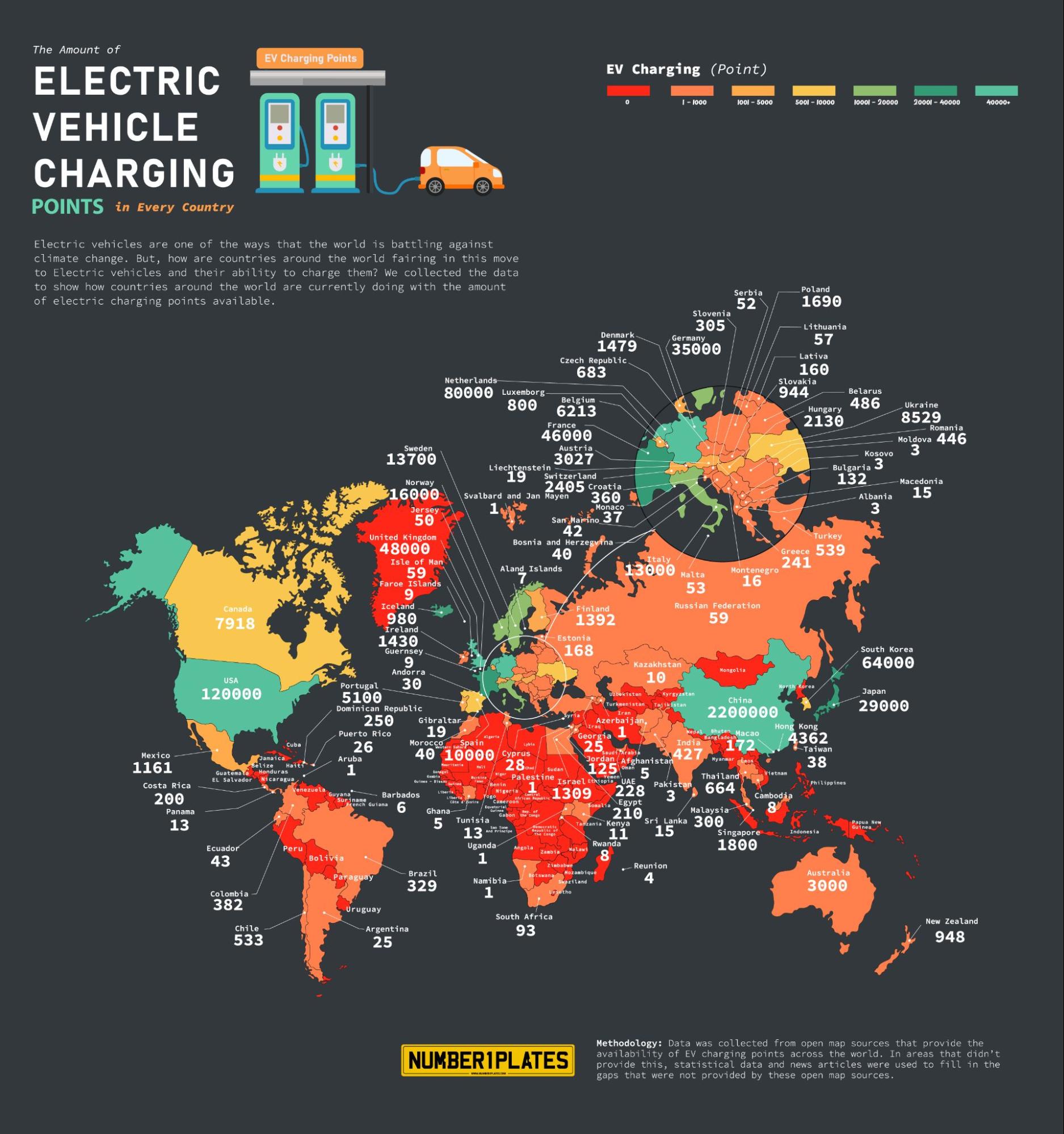 The need for adaptability in an ever changing climate is more apparent than ever, electric vehicles are one of the ways forward. Several countries in the world such as the UK are planning to ban the sales of petrol and diesel vehicles from 2030 in order to tackle the climate crisis. Yet, how are countries around the world fairing in the adoption of EV’s?

To present this, data has been collected on the numbers of available EV charging points across the world. As of right now, China is leading the charge in providing electric vehicle charging points for EV drivers. The US comes in second, yet the availability per state isn’t as available compared to some. For example the state of California has 34,775 available charging ports yet some states are still below a thousand. Europe in general is leading in terms of adaptability as most nations are gearing up for an eco-friendly solution in the coming years. 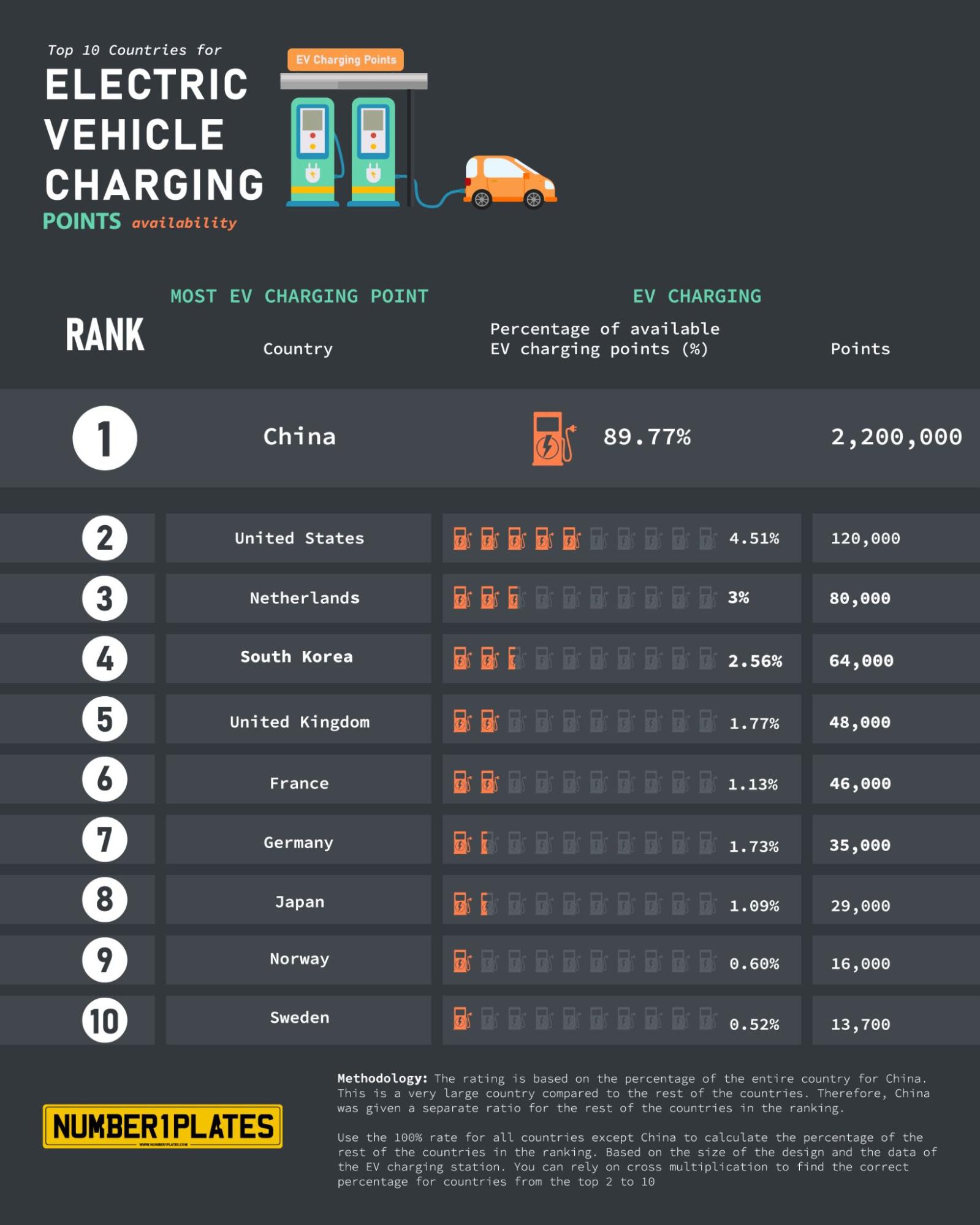 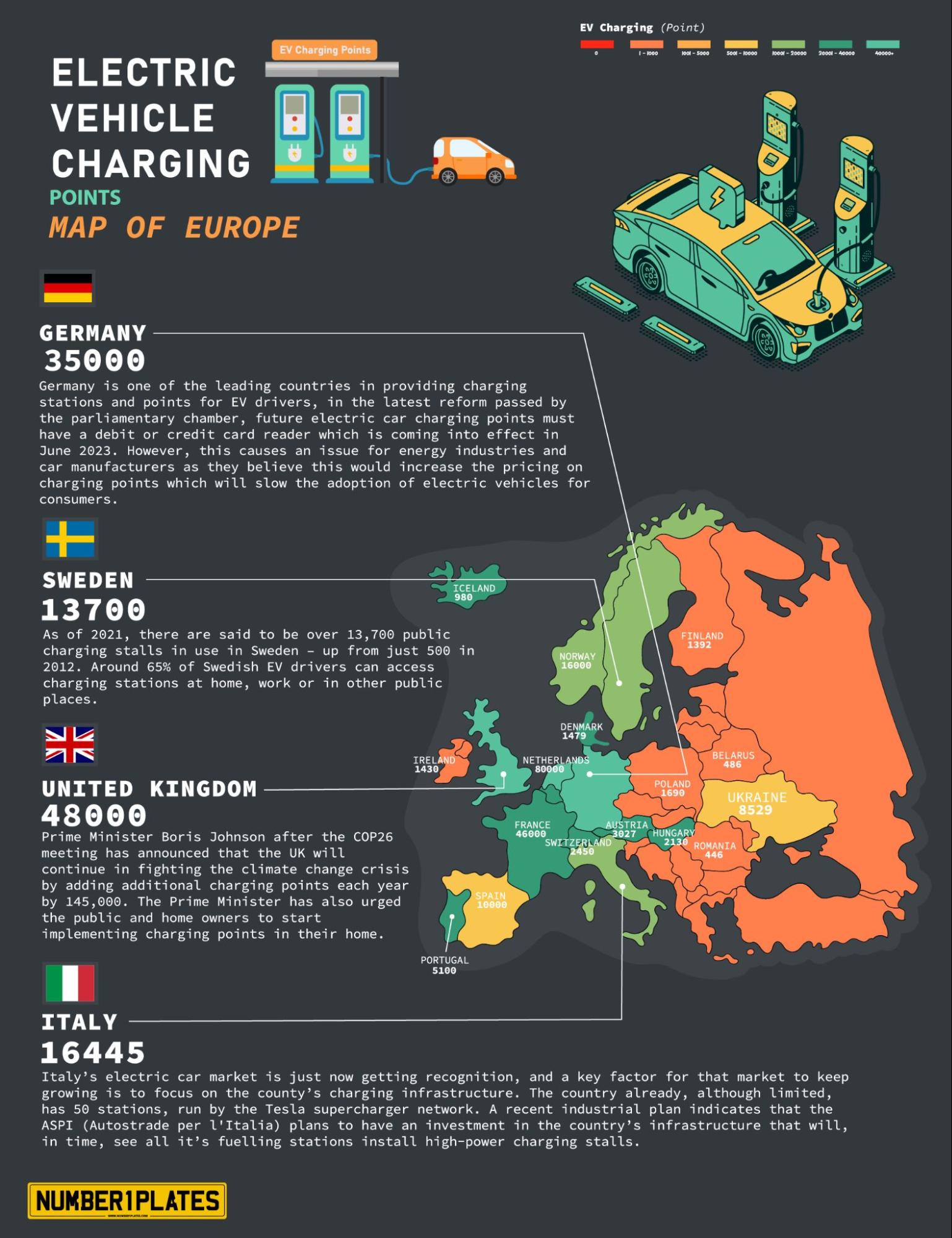 A common fear surrounding electric vehicles is the possibility of running out of energy when covering long distances. Fortunately, the existing network of fast public chargers across Europe makes it possible for EV drivers to travel far and fast. This year on average the EU offers five fast public chargers for every 100 km.

As the number of electric cars on our roads are constantly growing, you can see from our map that Europe, especially countries such as Germany and the United Kingdom

are continuously improving in regards to their EV charging infrastructure. 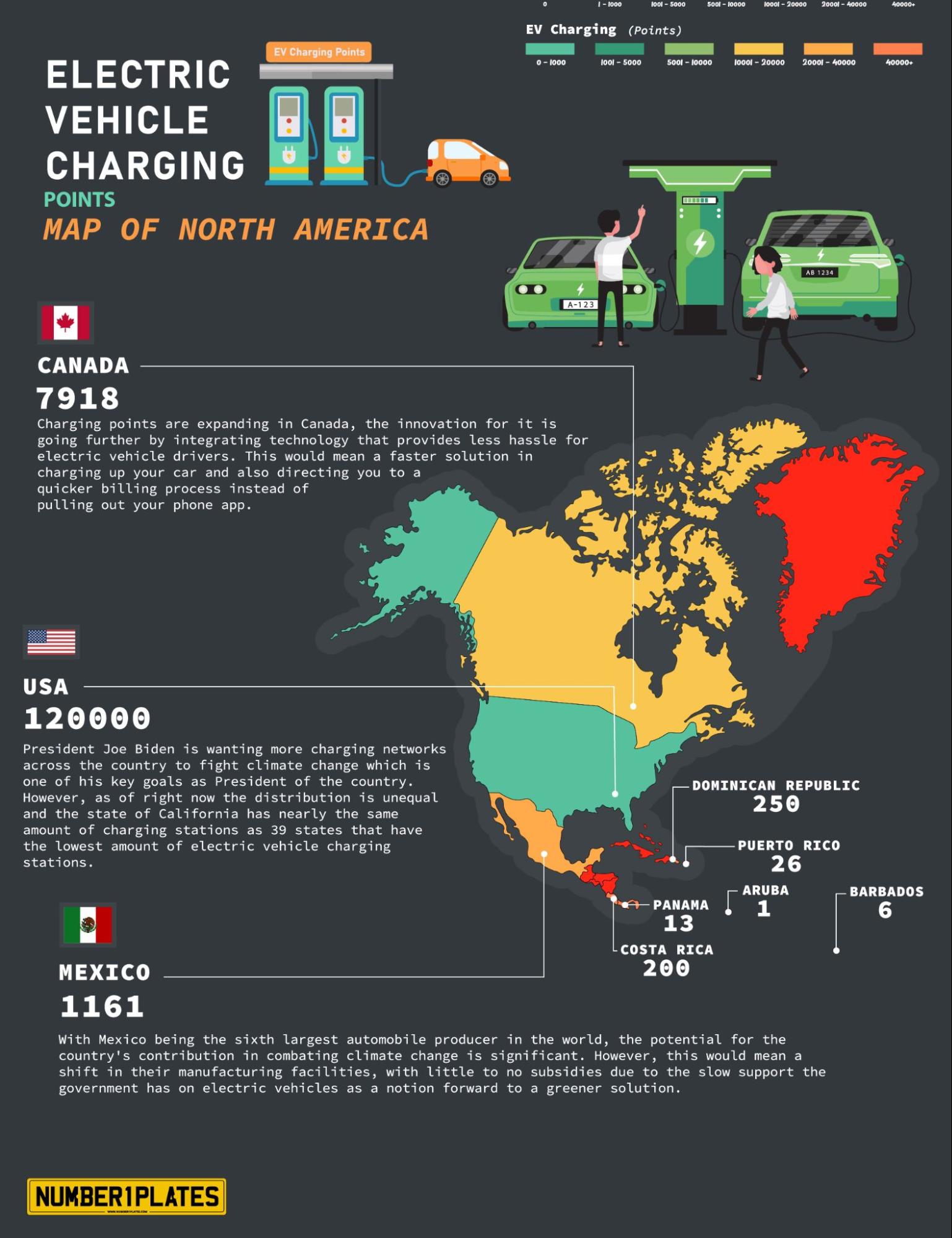 North America continues to set ambitious targets to electrify their transport networks to reduce carbon emissions and mitigate climate change. Specifically, President Joe Biden is targeting a fund allocation of $5 billion for states to increase the availability of EV charging stations. This had led to a total of $1 trillion in investments. 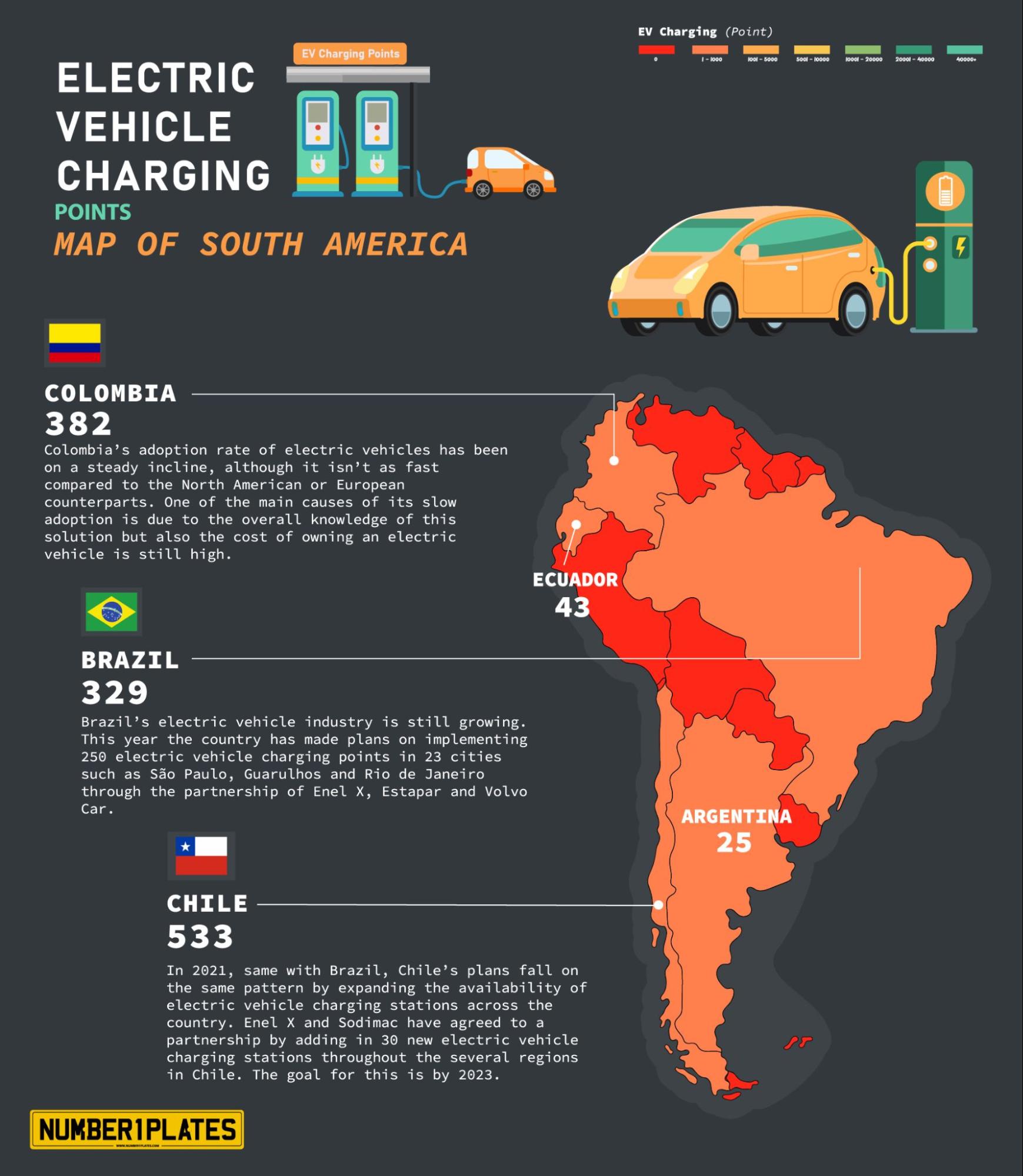 There has been an increase of government policies and initiatives that look to attract and encourage the use of electric vehicles in countries like Chile and Colombia. Much of this can be seen with the increase and demand of electric vehicle charging stations in the region. Rapid rise in the investment to develop EV charging infrastructure is also contributing to the growth of the South America EV Charging Stations market. However, there are still growing concerns of the rate of progress due to automakers in countries like Brazil and Argentina focusing on CO2 emitting cars which at the same time is providing a majority for their economic growth. 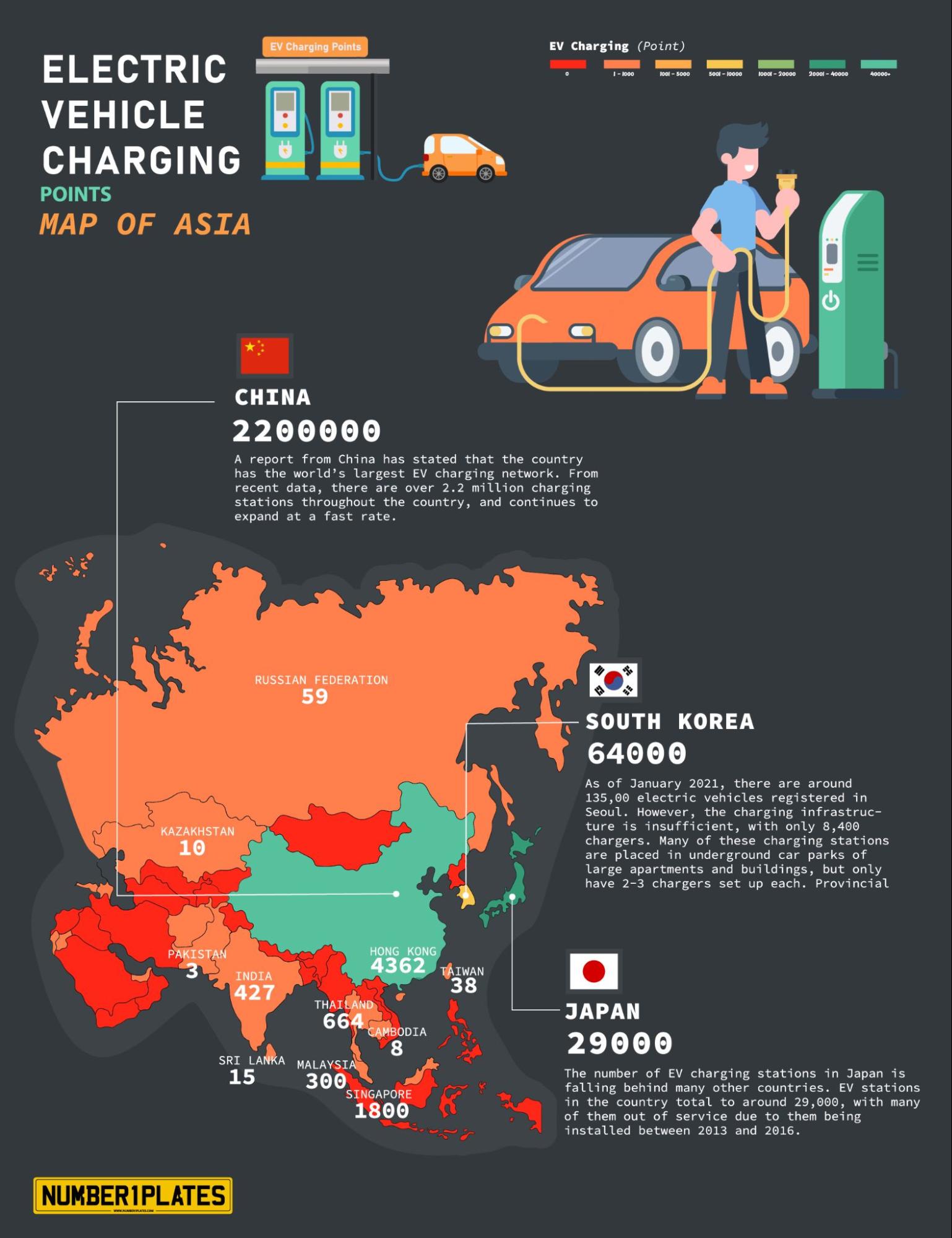 Due to the urgent need to address environmental concerns, investments from regional governments including China and South Korea has led to the continent’s growth in public charging infrastructure, in company with the expanding electric vehicle adoption in the region.

Automobile manufacturers are now investing in DC charging points, as the need for ultra-fast chargers are becoming necessary, especially with the entry of Tesla vehicles. 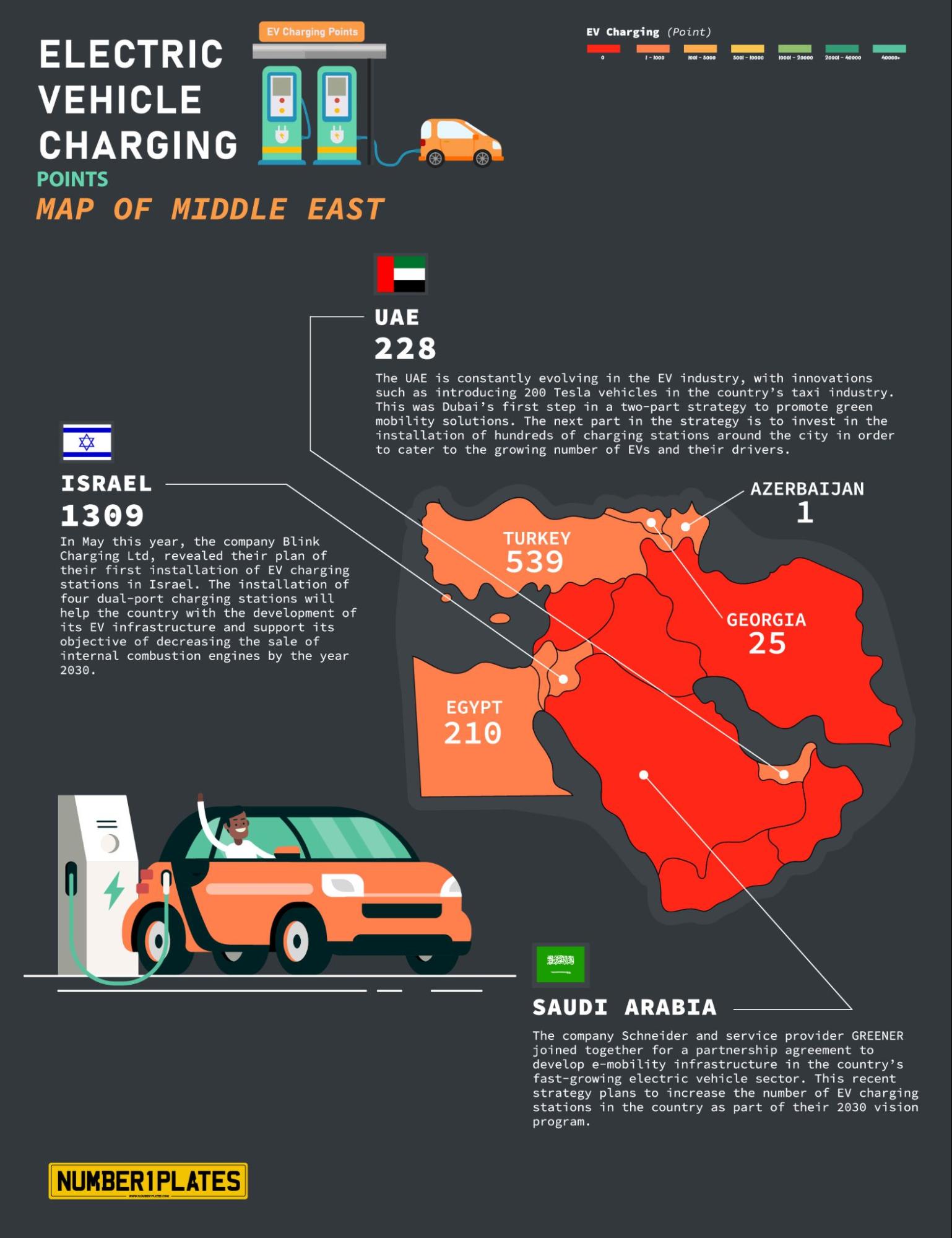 The Middle East electric vehicle charging infrastructure market is expected to increase due to the rising pollution levels in the developed countries across the region. Growing demand for effective pollution control strategies coupled with a surge in demand for electric vehicles in the region has become vital for the region to progress in an energy efficient climate.

Additionally, laws stated by the governments of these  countries for the adoption of electric vehicles have been a significant solution for the current pollution issue. This is expected to launch the growth of the Middle East electric vehicle charging infrastructure market in the future. 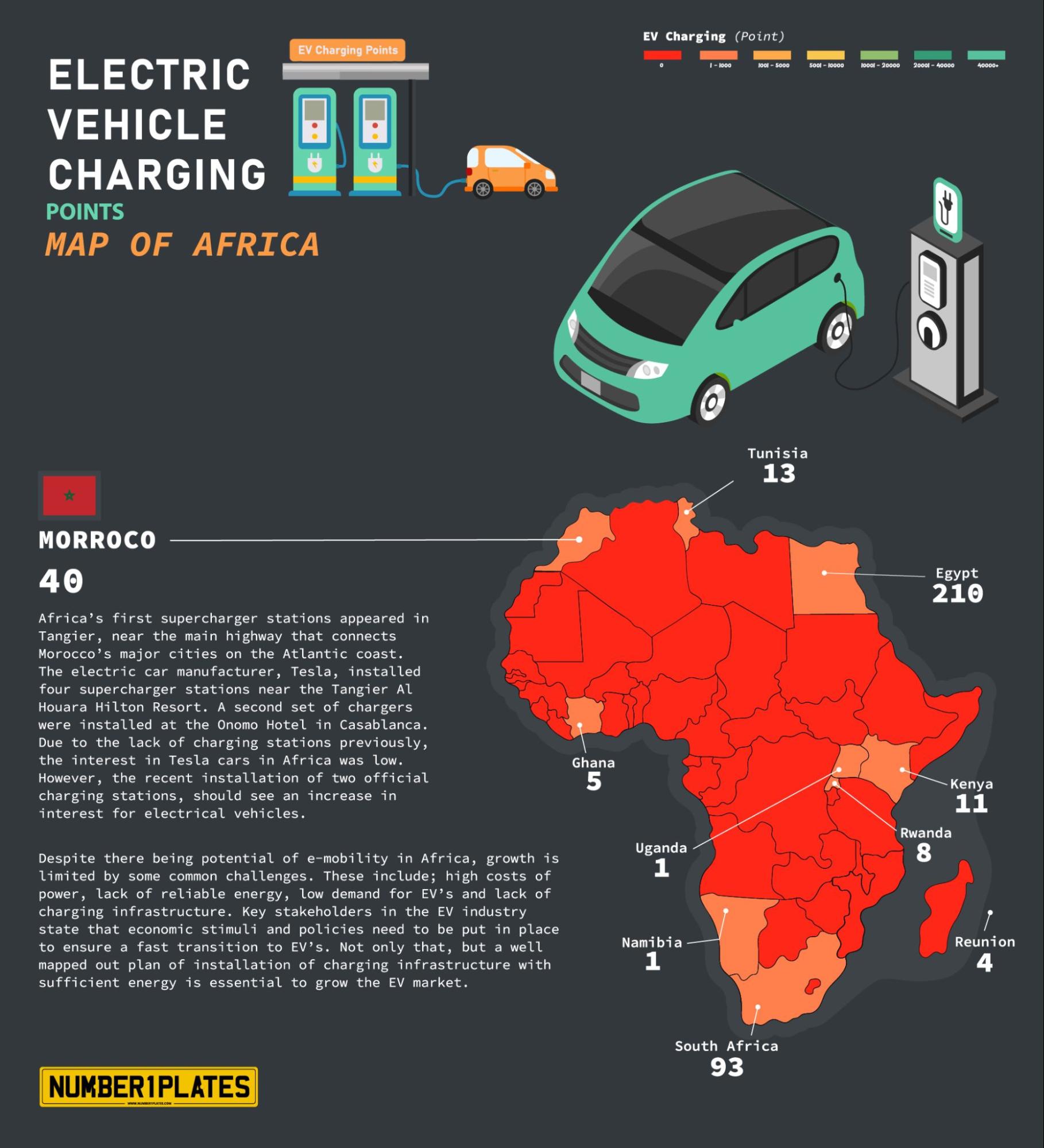 Despite the potential of e-mobility in Africa, growth is limited by some common challenges. These include; high costs of power, lack of reliable energy, low demand for EV’s and lack of charging infrastructure. Key stakeholders in the EV industry state that economic stimuli and policies need to be put in place to ensure a fast transition to EV’s. Not only that, but a well mapped out plan of installation of charging infrastructure with sufficient energy is essential to grow the EV market. 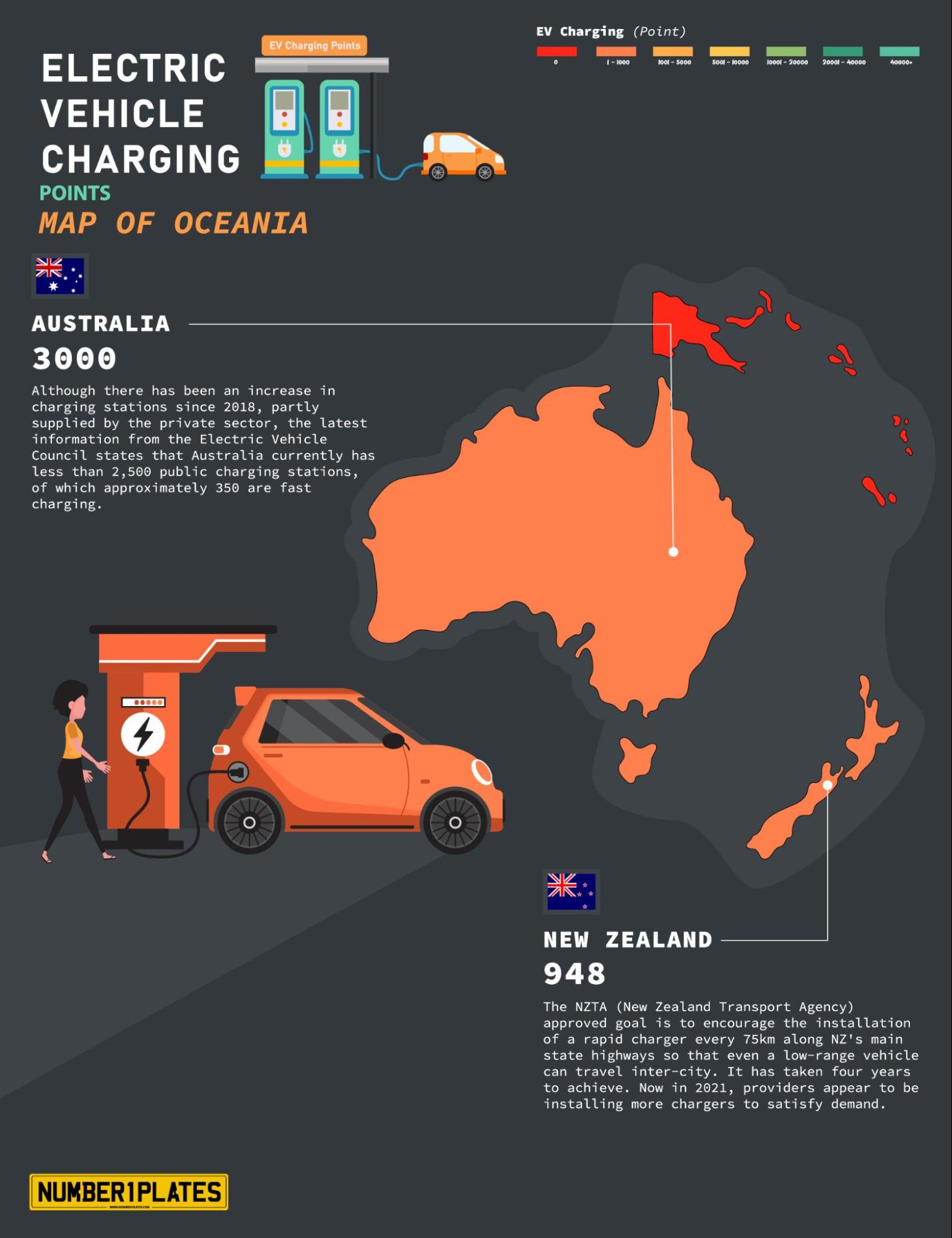 Drivers in Australia are taking the full advantage of electric vehicles as statistics show that EV drivers are reaching more distance compared to petrol vehicle drivers. Although, EV are driven more around cities and urban areas, the adoption of this form of travel is welcomed by many and is progressing to become the future for the country’s automobile scene. However, the narrative is the same as with all regions, the need for EV drivers is needed more in order to face the climate change issues.

Data was collected from open map sources that provide the availability of EV charging points across the world. In areas that didn’t provide this, statistical data and news articles were used to fill in the gaps that were not provided by these open map sources.