Digital Plates. What are they and how do they work?

E-Plates are a new form of number plate that have been introduced and are currently undergoing trialling in the United States. This new form of number plates uses RFID (radio frequency identification) tagging, which allows instant and automatic car identification. The plate contains a chip which stores information about the vehicle it’s assigned to, including insurance, tax and journeys.  Researchers believe that the introduction of the plates will ensure that information can be accessed instantly and efficiently.

The plates will be increasingly used by the Government as a replacement for your standard plates. Not only are the E-Plates easy to install, efficient and effective but they have added benefits such as being hard to clone and hard to remove. Both helping the overall efficiency and ease of security checks! The ability to automatically check ID and cars will help to find stolen cars and reduce any un-road-worthy cars on the road (uninsured, damaged etc!). Less crucial, however the transfer will also help to lower government spending on resources such as men, time, cars and much more. This is as the automatic chips will be picked up by the ANPR (automatic number plate recognition) cameras.

The plates arrive with computer chips, batteries and a fully comprehensive wireless communication system. In theory there are possibilities that the plates will be able to display personal messages and advertisements when the vehicle is stopped / in traffic. This will help further cut down costs of billboards, advertisements on buildings and other such forms. The idea is still very much up in the air however, as trials are taking place to see both the effectiveness and the safety of the displays.

The plates stand at around $700 (£507), for initial purchase with a further monthly direct debit of $7 (£5) for the upkeep and registration. A big price, but is it worth it?

There are quite a few concerns when it comes to the E-Plates, as many people have given their opinion and their fears of what the future of these tech plates could mean. A big concern of the general public is the cyber-security of these plates. How safe are they from possible hackers? Although good technology is expanding – such as the E-Plates – in retaliation so is the possibility of ‘bad’ technology, such as hackers. Would they be able to hack the car system entirely, or even track the journey and the driver.

Furthermore there are concerns over the control which the chip itself holds. With some claims that the chip is powerful enough to override car operations and stop the car randomly, it’s become a widespread fear that the plate may have too much control and needs to be turned down. Along the same lines of control, there are other worries amongst people that the providers too are limitless when it comes to the chip in the plate. As they can pretty much fully administer the chips, there is a chance that they would also be able to ‘turn off’ the car. Whether it’s because of a missed monthly payment, or a slight fault with the car – they could be able to control the car! This of course is a concern, and there is a while to go yet before all of the terms and conditions have been finely combed through for this type of thing. 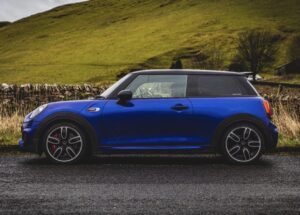 Thirdly, concerns surrounding privacy are a big worry for those who are looking into the idea of E-Plates. Not only do these chips provide all government branches with documents, forms and identification, however they also essentially mean that they can track the chip, the plate and thus the driver. For a lot of individuals this is seen as an intrusion of personal privacy, as why should people be able to ‘follow’ you and see your personal whereabouts and actions. It is seen as a huge step over the boundary of privacy and can put a lot of people off of the idea of having one. The flaws in the argument however, are that they provide an extra wall of security when it comes to noncompliance with the law, as stolen cars and runaways will be able to be found easily and effectively. Furthermore, if you are worried about being ‘tracked’ because of your whereabouts, chances are that you’re most likely up to no good and shouldn’t be. Comply with the law and you’re pretty much good to go!

On the flip side, there are many positives about the upgraded technology for plates;

The E-Plates are currently only being trialled in America in places such as California. The DVLA in the UK have announced that they won’t be transferring to the new system for a while, as the current system the UK uses “works effectively”. However with the rapid growth and advancements in technology, we wouldn’t be surprised if the RFID system comes into place in the next few years.

Are AirTags Safe? Less of a car theme today, and more of an office discussion…  A lot of us here at Number1Pl...
Read More

Office discussion: The Most Hated...

The Worst Rated Cars... at Number1Plates Admin! So we’ve had a little office discussion and we couldn’t get to the ...
Read More