Number Plate Cloning – What is it and how to prevent it

With an increase in vehicle crime over the years, number plate or vehicle cloning has become a common occurrence in recent times. In fact, the DVLA (Driver & Vehicle Licensing Agency) reported that in April 2019 there were 656 vehicles wrongly linked to criminal offences whereas in March 2020 there was a staggering 1,105. That’s more than a thousand innocent people who have had a knock at the door from the police in connection with a crime they did not commit. It’s a pretty shocking statistic, and one which only seems to be getting worse.

How does a car get cloned?

Typically criminals will find an innocent driver’s car which is similar to the one they currently have in their possession, usually the same make, model and colour, so that it’s near impossible to tell the two apart just by looking at them, and take the number plates from that vehicle and attach it to their own. They may steal the physical number plates themselves, if they know of where to find a similar car, or simply get new number plates printed from a seller which is not a DVLA Registered Number Plate Supplier, and therefore does not ask for documentation. Of course, with this stolen registration on their own vehicle, the criminals are almost impossible to trace, as the registration will be associated with the innocent party’s address and vehicle, rather than the criminal’s own. It provides a certain level of cover for criminals to undertake dodgy dealings and break the law at their leisure, with a minimal risk of being caught. Meanwhile, the innocent person who actually owns the registration is inundated with speeding tickets, parking tickets, fines, or even end up being pulled over by Roads Policing Units or Armed Response cars!  It’s pretty grim and unfair for those who had their plates cloned!

A couple of years ago, the Sun newspaper conducted an investigation into number plate cloning and the dangers associated with it.

So, what happens if your plates do get cloned? Fear not. We’ve provided a list below of what you should do if the worst was to happen, and fingers crossed that it doesn’t – as it can be a very lengthy process and very annoying!

What To Do If Your Plates Are Cloned:

1.You will typically find out if your plates have been cloned by receiving a ticket – whether it be for speeding, parking or jumping a red light. Bear in mind that this is probably the best case scenario for cloned plates, as if the cloned vehicle has used the plates for organised crime then a ticket would be the least of your worries!.

2. It will be quite obvious as to whether this was you or not! If you are fully certain that this was not you, i.e. the wrong car, wrong place at the wrong time, then you should return the ticket or fine to the issuing authority. When you return the ticket, explain how the offence doesn’t relate to you with corresponding evidence if you can provide it, such as details as to where you and your vehicle were at the time of the alleged incident.

3. We would also strongly recommend that you contact the DVLA and the police about the incident, as the quicker you nip the issue in the bud then the less chance the offender could reoffend.

There have been number-plate suppliers forced to be shut down by the DVLA due to their laissez-faire approach to documentation, whereby you could easily walk into a shop, order plates (any registration) without showing documents and have them made faster than ordering a takeaway. The frauds could walk away with somebody else’s plates as easy as that and then proceed to commit crimes under somebody else’s identity.

One incident occurred whereby a Telegraph reporter proceeded to obtain 6 sets of plates without having to provide any ownership documents or ID. Similarly, other such investigations have occurred – as with a reporter from The Sun.

The DVLA and BNMA (The British Number Plate Manufacturers Association) make it very clear that it is a legal requirement that upon purchasing a pair of number plates, it is necessary to prove your ID and entitlement to the registration you are ordering.

Unfortunately, there are some people who are less than understanding when it comes to this perfectly reasonable request, who then choose to leave negative reviews or complain via email. Whilst we understand it can be a hassle to provide documentation, it is a legal requirement, and we take that requirement extremely seriously. Some are unsure due to the revealing of personal information, with others even going as far as thinking that we are a scamming company who obtain personal information just for the sake of it, which is clearly not the case.  We couldn’t make it any more clear that we ask for documentation for our customers’ own safety, not to mention it is a legal requirement! Of course we sympathise and understand that with frauds and scammers going around in this day and age asking for personal information, it can seem a little untoward to have to send us Identification and proof of ownership – however in the long run it is something which will have a positive effect, as you will not have your plates cloned! 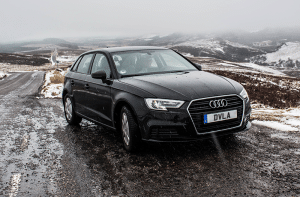 Some companies offer plates without the need for documentation. Such outlets are not DVLA Registered Number Plate Suppliers, and are usually based outside of the UK, such as in the Republic of Ireland or the Channel Islands. It could be suggested that these places are acting irresponsibly and are facilitating potential criminal activity in the way of vehicle cloning, and so we’d recommend avoiding such establishments for your own safety and security.

Please always ensure that you have checked the company you are buying plates from, check that they are DVLA registered and ask for documentation, much like ourselves. Otherwise, you’ll be purchasing from an illegal supplier!

Take a look through the various YouTube videos of real life people who have had their plates cloned and the damaging aftermath of it.

For more information on the documents we require and can accept, head over to our information page on documentation and have a read through. It’s relatively simple to understand, but if you have any questions, you can always get in touch with us!

We hope that this information is useful to you and that it prevents you from being the victim of fraudulent crime. Head over to our FAQ’s to find out more helpful guides!