The History Of Nissan Skylines

The Nissan Skyline has been one of the most sought after cars of the 21st century, with the 1999 R34 model originally retailing at $41,000 ($70,000 in today’s market)  and can now be seen auctioning off for up to $300,000 for the high end specifications… Let’s take a look through the iconic history of the Nissan Skyline!

The Nissan started its production in 1957 under the name ‘Price Skyline’. These were a 1.5 litre inline 4 engine that had 60bhp and did a whopping 87mph. This was groundbreaking in 1957. They sold 33,000+ units of this model. The American muscle cars of the era highly influenced its exterior design. 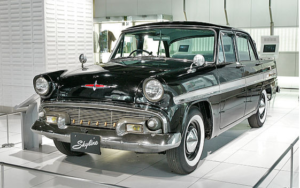 The second generation of Price Skyline followed, in 1963. They built these cars to compete in the Japanese touring championship and rival the Porsche 904, It sported a 2.0 litre inline 6 engine that boasted 104 bhp. They sold out instantly due to the bold success from the vehicle, even selling 114,000 units. 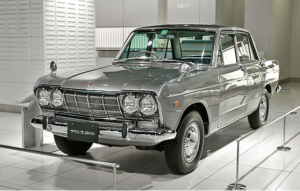 The End of Prince Skyline – The GT-R is Born

The third generation arrives in 1968. They removed ‘Prince’ from the name and quickly followed it with the very famous ‘GT-R’ in 1969. It sported a 2.0 litre engine with 180bhp. The GT-R had dominated the racing world until 1971. When Mazda released the RX-3, the cars biggest rival. The sedan racked up 33 victories in 2 years.

The Start of Nissan & Datsun

The Fourth generation and first of the Datsun range. Released in 1972, they sold over 670,000 units and by the rapid increase in these numbers you can really see the increase in popularity over a short period of time. The Skyline was better known as the “Ken & Mary” or “Kenmeri”  Skyline, stemming from the advertisement campaign in Japan at the time which featured a young couple (Ken and Mary) who relaxed and enjoyed the countryside in Ken and Mary’s Skyline. The ads were highly successful in Japan. Japan sold large numbers of the vehicles. Kenmeri was also a play on the term “Meriken” an old Japanese slang term for “American” due to the new Skyline’s resemblance to American muscle cars of the time. 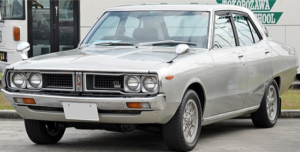 The Fifth Generation and last of it’s kind – Nissan Skyline

In 1977, Nissan released the fifth generation with less hype than anticipated, Nissan did not change much with this model and did not improve much on performance. There is very little to add compared to the older model and due to this they sold a declined number of 540,000 units. 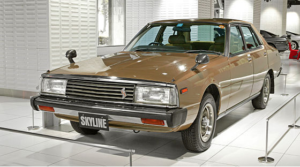 The sixth and seventh generations came in 1981 and 1983. Both capping out at 300,000 units sold. Nissan really hit a wall with the improvements of these cars. These were really not popular for their time but have seen a huge increase in cult-backing in the drive community in the 2000’s. This was the start of the ‘R’ models and the world saw the first R30 and R31.

The eighth generation was the R32 and the first to really show off the RB engine, released in 1989. It was groundbreaking again for Nissan. With releasing a 2.6 litre inline 6 with twin turbos, It boasted 276bhp in the GT-R, 0-62 in 4.8 seconds to which most modern cars will struggle with that. Dominating racing again, they won 29 out of 29 races in the Japanese touring championship and was back on top of Porsche. They sold 310,000 units. 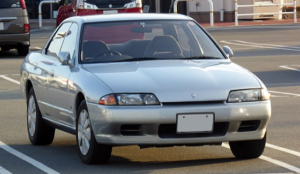 In 1993, Nissan released the Ninth generation or better known, as the R33 Skyline. It was slightly heavier than the previous generation and this was due to the high push for a safety rating. These cars have never had high safety ratings and this was their chance. It received the highest rating with 3.8 out of 5.5. This generation saw some of the rarest and most sought after models released. The GT-R LM with 301bhp. The first of the Nismo collection, the Nismo 400R with 395bhp. All rocking twin turbo inline 6 engines. They were some of the fastest road legal sedans available. This was the first road legal car to do the Nurburgring in under 8 minutes, again groundbreaking and revolutionary by Nissan. It became wildly popular in the drifting community after a legendary drifter called Smokey Nagata and later again broke the record for being the world’s fastest AWD car. 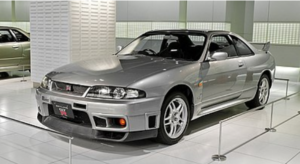 The Fast and The Furious – R34 Skyline

The tenth generation is probably the most notable and memorable of all the generations. They released the R34 Skyline in 1998. It had a lot to live up to due to the wild success of the predecessor. They did not disappoint in the slightest. Nissan released a Nismo Z tuned car with 493bhp, no standard retailed sedan could compare to the statistics that were offered and yet they had created the most fuel efficient straight-six engine to date. Unfortunately this car was not as successful as it sounds in terms of sales. A small number of R34 GT-Rs are legal in the United States despite not being compliant with the 25-year rule. An importer called Motorex crash-tested an R33, submitted paperwork and certification to the Environmental Protection Agency, and modified others to meet US approval. The company ran into legal trouble after importing R32 and R34 GT-Rs, but telling the government they were R33s. The US stopped selling the cars, because Morotex stopped making the required modifications. (Safety, US-spec gauges and reflectors, etc.)

What happened to Motorex?

Motorex was shut down in 2005 after a raid on the company. The government then sent letters to the owners of the disputed cars and made them US legal, since the cars were imported under false pretenses. An estimated twelve R34 GT-Rs are US-legal as a result of this. There are many car collectors and enthusiasts going through this procedure and changes to import them into the US however, this is because it gained rapid fame and the most notable car in the Fast & Furious franchise, In the movie, Paul Walker sported a Silver with Blue decals R34, In the movie, the car dominated all drag races and was shown as the most favorable of all the vehicles. 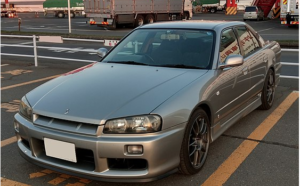 The final generation came with a name change, They removed the Skyline, Even though the community still calls it the Skyline, It is now just called the GT-R and they split the models. The Skyline side was given to a sister company of Nissan, Infiniti to continue the Sedans. Nissan kept the GT-R side to completely create sport sedans. The GT-R came with several engine options for whichever racing or category car you required. The most powerful boasted a 710bhp engine as standard, it did 0-60 in 2.5 seconds which is just as quick as some 1000cc motorbikes. The public quickly gave the car 2 nicknames; ‘Godzilla’ and ‘The Lambo Killer’. This is due to its widely customisable options, So GT-R’s have been modified to 2500bhp and have dominated the drag strips since release.

Several police forces have used the car, such as Abu Dhabi where a Lamborghini is a common vehicle. The GT-R proved to be a good option to keep up with road traffic offenders.

It then set the record for the 7th fastest vehicle in the world and the fastest 4 seater car around the nurburgring, accomplishing this is 7 minutes 26 seconds.

The GT-R won 5 out of 9 Super GT championships. Afterwards, inspectors used the GT-R as the safety car for the races.

The accolades hit by this car and company are too long to list. Another revolution from Nissan. No other could compete for several years! In today’s market it is still extremely competitive. Even now, after Nissan released it 15 years ago, 2007.

This car has won 49 awards since its release which says enough about this car already. 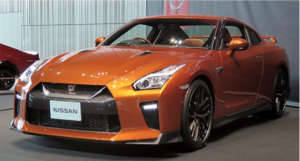 The end of a Legendary Era.

Unfortunately Europe discontinued the car as of March 2022. Almost at the end of an era, but it left a legendary mark on the car community. It has influenced everything from Sedans, Track Racing, Drifting, Drag racing and aftermarket modifications.

We dread to think where the Automotive world would have been without the accomplishments of this car.