Let's work together to find the perfect DVLA registrations!

DVLA Number Plates are also referred too as DVLA registrations. As you a now probably aware are private plates that you can purchase to add a personalised touch to your vehicle. If you were to shop our huge collection of dateless registrations or dvla cherished plates, you could make your vehicle timeless by covering its true age.

The DVLA is the governing body that is responsible for everything surround assigning and transferring your number plates. This organisations was previously named to DVLC, meaning Driving and Vehicle Licensing Centre. The DVLA is responsible for retaining a selection of 50,000,000+ plates to be sold in the private number plate industry, and you can buy a DVLA reg directly from us here at Number 1 Plates. 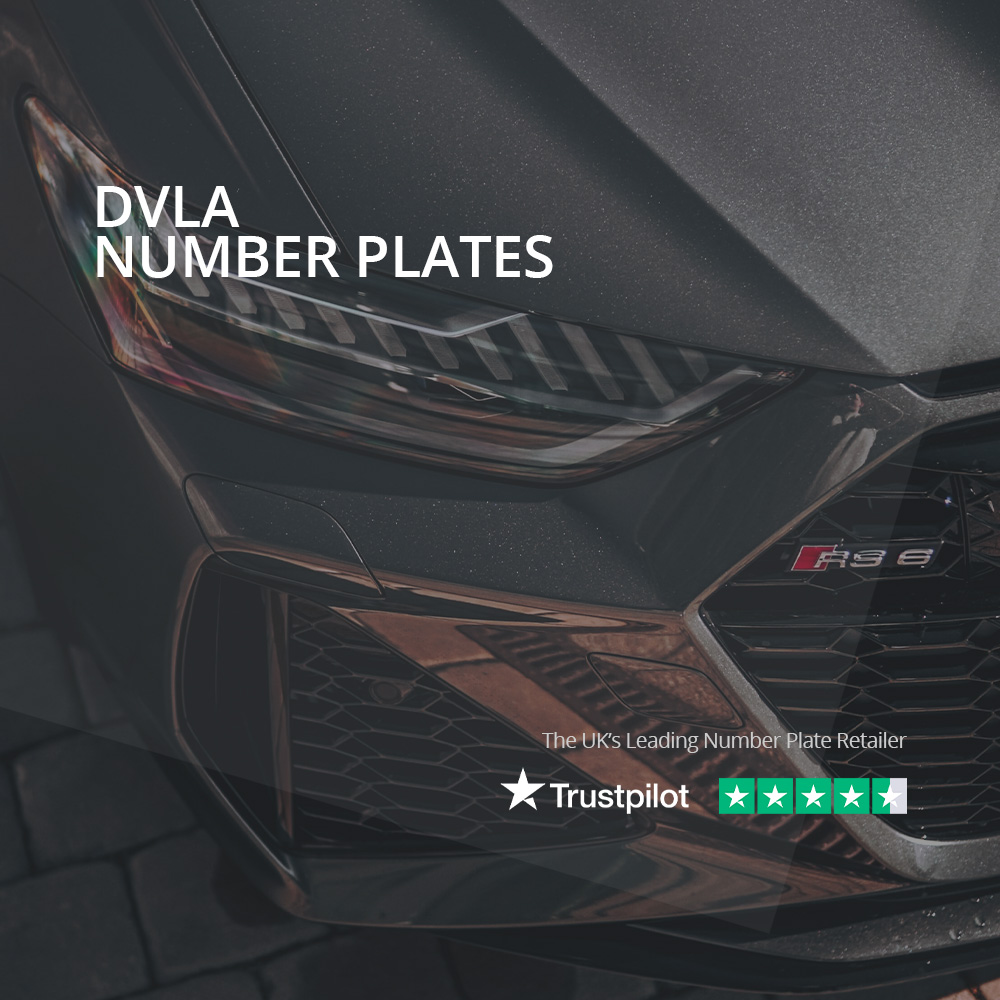 It was during the suffix and prefix plate period that the DVLA recognised that the ever increasing demand for new vehicles and he attraction of a new number plate could pay dividends. As ‘H’ regs were rolled out in 1990, the DVLA withheld the ‘best’ registrations that contained numbers like 11, 22, 200 etc. Once a collection was built, they began to auction the plates off to the public.

If you need anymore information regarding our DVLA number plates and registrations, please don’t hesitate to give us a call or email!