Changes to road tax from April 2017

To drive a car on UK roads, first and foremost you must have valid car insurance and have the correct level of tax on the vehicle. This includes when you first purchase a car and drive it from a dealers forecourt. Although you have to organise your own insurance and tax, some dealerships may tax the car for you (for example, 6 months tax may have been included on the price of the car or, you could negotiate to have this thrown in as an extra). 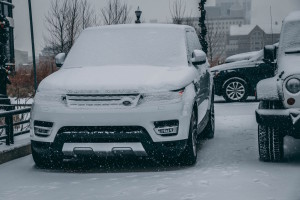 For the last 10 years, the level of Vehicle Excise Duty (VED) (known more commonly as road tax or car tax) has been based on the CO2 emissions of your car and the price of the model. At the moment, brand new cars which emit less than 100g per km of CO2 (such as Fiat 500’s, MINI Hatchbacks and even the BMW 1 Series hatchback) are exempt from road tax. Unsurprisingly, UK car buyers have taken advantage of this and recent research figures show that around two-thirds of all new cars sold are tax-free versions. This has only been possible due to almost every car manufacturer offering at least one, road-tax free eligible model.

Following the 2015 budget, it was unveiled the road tax industry is set for an overhaul and Chancellor George Osbourne announced the current road tax system will be scrapped (we love a car pun) and replaced with a three-tier system in April 2017. Osbourne said the current system isn’t sustainable or fair’ as there has been increasing numbers of people paying no road tax at all during the first year of ownership.

With the new regulations coming into force a year for now, we’re giving you a rundown of what you can expect. As we mentioned, if your car emits less than 100g of CO2 per km you are exempt from road tax payments however from April next year, only zero emissions cars will be exempt from paying road tax (in essence, only electric cars). If you buy a car after April 2017, although your first year will be based on CO2 emissions, you will pay a flat rate of £140 per year.

Under the new changes, from 2017, all vehicles will be taxed under three road tax categories:

The decision to change to the new road tax system has been slammed by Jaguar Land Rover (in the premium car market) stating that placing a higher level of tax on vehicles over £40,000 sends a ‘very negative symbol to the UK’s premium automotive industry’. Considering the brand (and other premium car manufacturers) support lots of UK jobs and investment, it shouldn’t be penalised.

On the other side of the table, the government projections showed money raised from road tax was ready to fall from £4.4bn per year to under £3bn by 2020 so the decision to raise road tax levels was inevitable. If you’re not convinced the increased road tax will make a difference think again. From 2020, the money raised from road tax will be ring-fenced and will only be used solely to maintain the roads we drive on.

What about your existing car?

Don’t worry, these regulations only apply to new cars purchased after April 2017. If you keep your existing car, you will continue to pay the same level of road tax as you have done in previous years.
Want to know more about these new regulations? Get in touch with us over on Twitter or Facebook.