The switch to the new ‘E10’ Fuel is part of the national push to reduce carbon emissions. The government’s long term plan is to move to net-zero CO2 emissions by 2050, hence the small steps in 2021 to reach that goal. The process of using E10 Fuel compared to the current E5 and general petrol will help massively, in fact the Transport Secretary Grant Shapps has claimed that the swap to E10 will cut emissions by 750,000 tonnes which is equivalent to taking over 350,000 cars off the road. 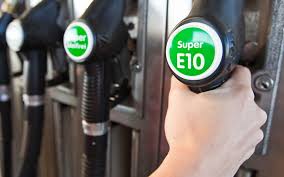 E10 petrol simply is a fuel with a mixture of 90% octane and at least up to 10% of bioethanol in its mixture. The ‘bioethanol’ is a petrol substitute made through the sugar fermentation process, meaning that it’s renewable, lowers greenhouse gas emissions and helps to lower oil usage. It is estimated that overall it will lower CO2 emissions by 2% – a small number but the start of a huge change!

Currently you will be able to see E5 Fuel available at petrol stations, however the swap to E10 will be rolling out in September 2021. You will still be able to purchase E5 fuel at certain stations for those who are unable to use E10.

Every car built after 2011 will be fully compatible with E10 fuel and even those which are a little older too! In fact, most cars since 2000 have supported E10, however if you are a little unsure feel free to check out the government webpage to find out if your car, van, motorcycle or moped can use E10 petrol. You’ll have to know the vehicle manufacturer, vehicle model, engine size and year it was manufactured. If the car is older than 2000, then chances are that the vehicle isn’t compatible and won’t be able to run on E10 – but fear not, it is only the E5 that will be changing to E10, and so you will still be able to purchase your premium fuels (such as Shell V-Power, BP Ultimate, Tesco Momentum etc).

Where can I buy E10 Fuel? Is it expensive?

By 1st September 2021, it will be compulsory for all petrol stations to supply E10 fuel, this means that those cars who can’t run on E10 will have to look for petrol stations that provide other forms of fuel as they’ve used previously. It’s highly encouraged that you use E10 over other forms of petrol – even with the financial hit. It’s been worked out that for a standard 50 litre tank, you will be paying up to £5 extra each time which could mean a £250 rise (if you were to fill up once a week). It’s a big increase especially whilst we are already at the peak times for fuel costs. 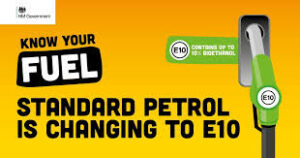 Are there any problems with the new fuel?

Apart from the obvious issue of older cars being unable to use E10 and the increased price there aren’t too many issues. There is a good chance that using E10 petrol will slightly reduce fuel economy, but this is minimal, with studies showing that there may be a reduction of around 1%, which equates to no more than half a tankful per year for the average driver.

There are some doubts about how efficient the new E10 will be, however it’s pretty certain that it will run smoothly – it’s a small step to net-zero.

What if I put E10 in when my car isn’t compatible?

There is a lot of reassurance that unlike mixing diesel and petrol, it will not be detrimental if you accidentally put E10 into a car that cannot assist it. You won’t need to drain the tank and clean it out, however it should be noted that you shouldn’t use it again as it could be damaging!

The simple answer is yes. If your car is compatible with E10 then you are perfectly fine to mix both E5 and E10. Of course you are heavily encouraged to stick with E10 due to its benefits for the environment, however if you are wanting to mix or E10 isn’t available, then E5 is just fine to put in. Of course if your car isn’t E10 friendly then it would be strongly advised to steer clear – but be careful as there is a catch. The government has made it clear that they will be continuing E5 for another 5 years, however there are plans to scrap it after the time limit. This could mean that those whose cars are not compatible with E10 will find themselves with no stations to fuel their vehicles!

So, to sum up, it’s pretty clear that the switch to E10 will be beneficial in the long run. Although there may be complications along the way, as with vehicle compatibility, price increases and a five year remaining limit on E5, it all will benefit the environment. A total of 350,000 cars off the road (well, the equivalent of), with E10 only means that it will improve over the next few years and hopefully by 2050 we will have met the government’s net-zero emissions goal!

We would suggest that you ensure your vehicle is compatible with E10 fuel, and find out alternative options if it isn’t. Go green! 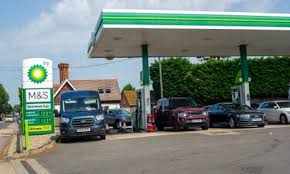