The Most Hated Cars in the N1P Hub!

So we’ve had a little office discussion. However, we couldn’t get to the conclusion of what the worst car ever is! From Alfa’s to Toyota’s, we couldn’t decide so here is each member of the teams worst cars:

The Nissan Cube made its way over to the UK in around 2009. Yes, the Cube has been making your eyeballs bleed for around 13 years now. It was designed by Sebastian Conran, who wanted to create a ca 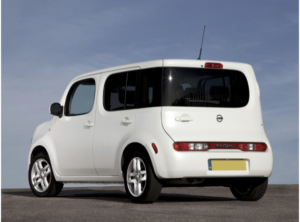 r that made you appreciate the surroundings more and not solely focused on petrol heads. He said that it wasn’t going to get you from A to B the quickest. However, it would give you great visibility for the environment around you. If only Sebastian thought about us in the surroundings. Looking at the car, says Alicia – with it looking like a box on wheels. She claims it’s the ‘ugliest car ever made’.We’d love to give you more information on the Nissan Cube, but do you really need to know any more?

So before Matt could say ‘All BMW’s!’, he said the Alfa Romeo Arna is the worst car ever! The Arna was manufactured by Alfa Romeo Nissan Autoveicoli, between 1983 and 1987. Nissan and Alfa Romeo President Ettore Massacesi wanted to increase the cooperation between the two car manufacturers, by introducing a compact hatchback to compete with the Volkswagen Golf and Lancia Delt 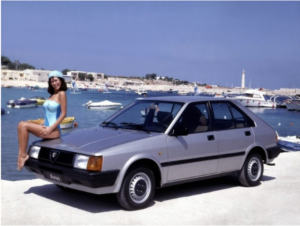 a at the time. One of Matt’s main reasons for hating the Arna, is that the car has no Italian heritage. Nissan basically wanted to get a hold of the European market, as France had banned all Japanese cars from their boundaries.

Alfa Romeo had a large market share in Europe at the time, so what better way for Nissan to gain a share by manufacturing a car and using the Alfa Romeo name. They based the car on a Nissan Pulsar platform. Japan manufactured the body panels, rear suspension and brakes and then they shipped them over for final assembly in a new plant near Naples, Italy. The transmission, steering, front brakes, front suspension and engine were made by Alfa Romeo. You can really say this was one hell of a mismatch. With the front and rear suspension and brakes being made independently. Matt also thinks the Arna ‘looks bloody horrific!’. So ‘zero punti’ for the Alfa Romeo Arna from Matt.

There’s a bit of a theme here, with Blake also choosing another Nissan manufactured car! So I’ll give you a bit of a background on Blake, as the Pathfinder isn’t the most popular car in the UK. Blake has grown up in Saudi Arabia, where the Nissan Pathfinder is an increasingly popular car alongside the Toyota Land Cruiser. One of the main bugbears of the Pathfinder for Blake is that the car looks awful, he says that Nissan clearly had an understudy 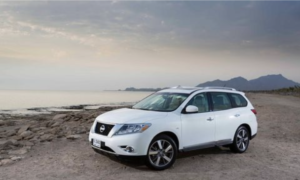 on the design of the SUV at the time.

However, the main reason for disliking the Pathfinder for Blake is that the car has the most horrific drivers at the wheel. In Saudi, women rely on Chauffeurs to drive them as it is against the law for women to drive in the Middle Eastern country. Despite it being their main job, Blake says that the drivers are arrogant and unpredictable at times, with one even driving into the back of him!

The Cactus hit UK roads in 2014 and Beth has hated them ever since. The main design feature, unseen on any car before was the ‘airbumps’ on either side of the car. To protect the car from car park bumps and bangs. They removed the air-bumps for the 2022 car and you can see why. Beth says the Cactus looks like it belongs in Jurassic Park, to ferry visiting guests around 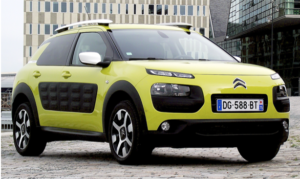 the park; waiting for a T-Rex to crush them. One other hate for Beth is the front headlight design. Why do car manufacturers feel the need to split the lights over three different sections on each side?

Fair enough, it needs two for the mainlights and the fog lights but the separate indicator section on the bonnet is too far, according to Beth. The colourways the C4 Cactus come in are also ghastly, for example this ‘Hello Yellow’ that’s featured in the photo. It joins an equally as bad ‘Blue Lagoon’ which just makes us think of the Blue Powerade energy drink.

The Yaris has been around for a number of years now, with Lauren hating the 1999-2004 model the most. Modern versions of the Yaris, have self-charging capabilities and Toyota’s latest engines but this was far from the car we saw in the early 2000s. Lauren says they are just horrid to look at, they’re too small and offer nothing to the average motoris 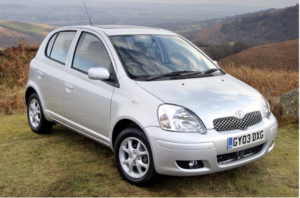 t! The Yaris does seem to be the local Deliveroo or Just Eat drivers chariot of choice to deliver your (kinda) hot food at the minute. She says that this may be the reason they all drive like idiots! You have to agree, it’s not a looker and is far from the modern Yaris’ you see today!

Get in touch and let us know what your ‘worst’ car is! We’re always looking for a good in-work debate!

*This post is just opinions and is not meant to cause offence, … unless you drive a Nissan Cube ;)*