Speed Cameras – How Do They Work?

The first speed camera was a Gasto devise. The police installed the camera on the A316 over Twickenham bridge in 1992. After 22 days the camera caught nearly 23,000 drivers speeding over 65mph… Even though the road had a 40mph speed limit! Since then, speed cameras (safety camera) have been implemented all around the UK, with hundreds in each town and city.

The Royal Society for the Prevention of Accidents reported that inappropriate speed contributes to 11% of all injuries, 15% of serious injuries and 24% of road deaths. 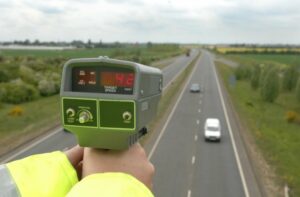 So how do speed cameras work?

Fixed speed camera have a set trigger for catching people. Most use markings on the road to measure distance over time to determine your speed. Some others use radars and detectors in the road. Some also combine with traffic light cameras to monitor lights and junctions also!

These are the 5 types of speed cameras on our UK roads:

Read here about the different types of speed cameras and to sort the facts from the myths!