Isuzu is a Japanese manufacturer who primarily focus on commercial vehicles, 4×4’s and diesel internal combustion engines. The company, which is headquartered in Tokyo, was officially founded in 1934, but its roots date back to nearly twenty years prior to that.

Isuzu is famed for its 4×4 and pick-ups, producing a number of different models over the years including the Trooper, TF, Rodeo, and the D-Max DL40. Despite this, Isuzu has never really pulled in the same sales figures as some of its rivals when it comes to these sorts of vehicles in the UK market, with competitors such as the Mitsubishi L200, Ford Ranger and Toyota Hilux all faring well.

Over the course of history, Isuzu have enjoyed commercial partnerships with many other brands. Perhaps the most notable of these brands was General Motors, with the American giant taking a 34% stake in Isuzu in 1972. This saw the Chevrolet LUV become the first Isuzu-built vehicle to be sold in the United States. With General Motors involved, Isuzu saw their exports soar, with around 35% of vehicles built being sold abroad by 1976.

The relationship between the two companies lasted another 30 years before they announced the dissolution of their equity tie-up in April 2006.

What size are Isuzu number plates?

All Isuzu’s sold in the UK will be able to display standard UK sized plates, which measure 520mm x 111mm. However, some models may be able to use slightly different sizes. For example, the Isuzu Trooper can display a 4×4 number plate which measures 279mm x 103mm.

In addition to this, we may be able to create a bespoke size number plate for your Isuzu which isn’t currently listed on our Plate Builder. If you’re interested in this, then get in touch with our team today and one of our friendly and helpful staff will be on hand to help.

Our latest market insight analysis has revealed the car brands that are winning and losing so far this year. Are traditi...
Read More

In recognition of Daniel Craig’s last outing as Ian Fleming’s James Bond in the recently released No Time To Die, we...
Read More

Our Most Commonly Asked Questions...

Frequently Questions.. With Answers! Buying number plates can be a bit of a minefield if you’ve never done it before....
Read More

The dog ate my homework… the pa...

We all know that losing a document is a real pain, especially when they’re government documents! From leaving it in an...
Read More 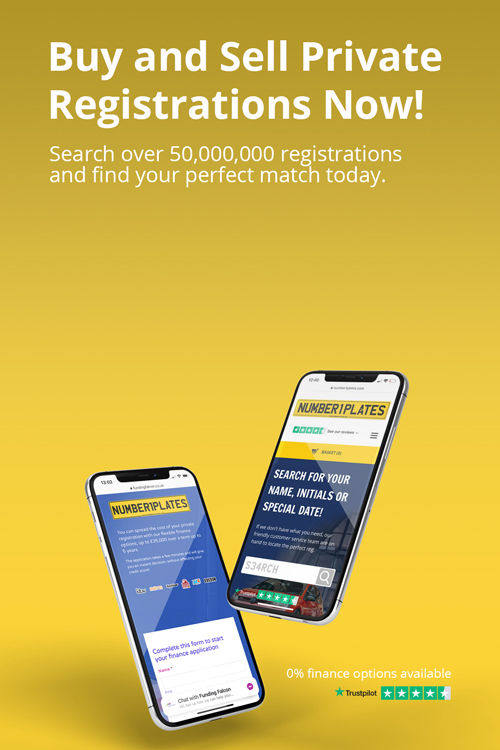