The British Superbike Championship kicked off at Silverstone over the Easter Bank Holiday weekend, and with beautiful sunny skies and warm temperatures at the Northamptonshire circuit, the Number 1 Plates sponsored rider was aiming to start his season off in the best possible way.

The Tadcaster man joined Lancashire-based iForce Lloyd and Jones PR Racing for the 2022 season and after some setbacks in testing, including an engine blowing up in the first session at Snetterton, he wanted to score some good points in the opening round.

With reigning British Superbike champion Tarran Mackenzie not on the grid after suffering a broken ankle in the Silverstone test nine days before the opening round, it gave every rider an opportunity to move up on the grid, with just one McAMS Yamaha starting the season, in the hands of Mackenzie’s teammate, Jason O’Halloran. Our man Dan was one of the riders who wanted to take this opportunity, and when the Superpicks 12 Free Practice One came around, Dan duly obliged and went 12th fastest overall in the morning session. 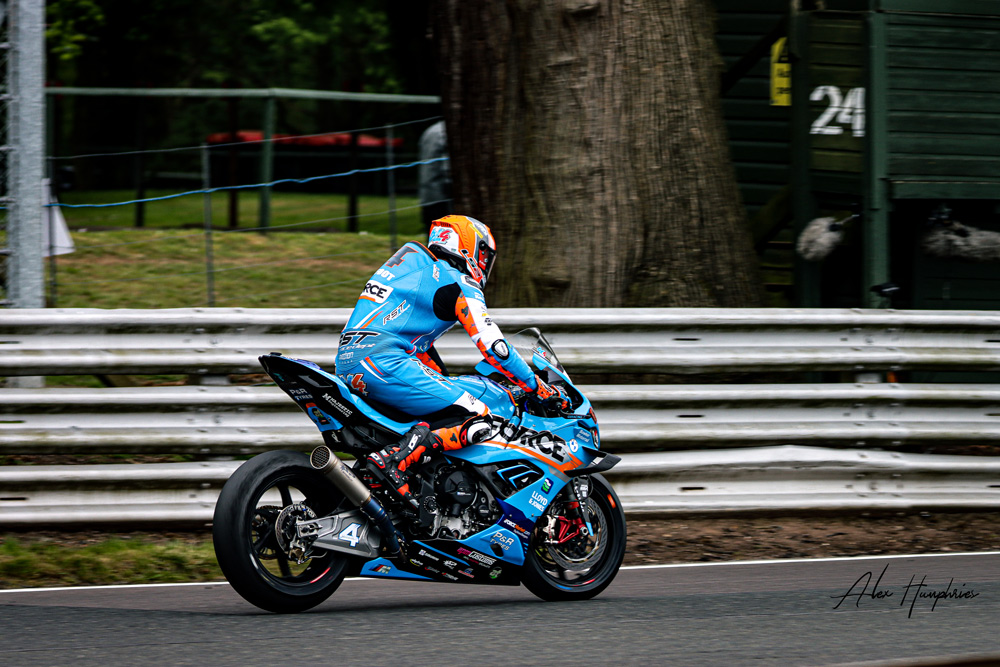 In Superpicks 12 Free Practice Two, Dan completed 38 laps, posting a time of 53:511, just four tenths of a second off the fastest lap set by the aforementioned Jason O’Halloran. In the final practice session on Saturday morning however, Dan struggled slightly, and could only manage 18th fastest, posting a time of 53:682, a tenth and a half slower than he’d managed the previous day. Despite this, Dan was able to advance straight to Superpicks Qualifying 2 as a result of his performance the previous day, which saw the fastest 12 riders from FP1 and FP2 become seeded and enter straight into the second qualifying session. The iForce man took full advantage, posting a time of 53:240, his fastest time of the weekend and qualifying 9th on the grid, in a session which saw the top ten riders all covered by just half a second.

Despite his impressive qualifying performance, Dan failed to finish in Race One as a result of an electrical problem, after looking like he may score solid points.

Race Two came around on Sunday lunchtime, with Dan starting 12th on the grid. Unfortunately, he was caught up in an incident after Tom Sykes highsided in front of him coming out of Brooklands, with the Crowe Performance BMW of Chrissy Rouse crashing into the rear of Dan’s BMW M1000RR as our man braked hard to avoid colliding with fellow Yorkshireman Sykes’ MCE Ducati. This meant he slipped all the way down to 21st position,but recovered brilliantly to his starting position of 12th over the 30 laps, recording the 9th fastest time of the race with 53.516 on lap 15.

In the third and final race of the weekend, Dan suffered problems with grip from the rear of his BMW, but still managed to have a good battle with Leon Haslam, who has returned to the British Superbikes class after a few years away in the World Superbike paddock. Still, he managed to finish 13th, picking up another few points and coming away from the weekend with six points, placing him 14th in the championship standings.

British Superbikes headed to Oulton Park in Cheshire for the second round of the 2022 season, with the 2.96 mile circuit well known to be somewhat of a roller coaster for riders traveling on average in excess of 100mph over the course of a lap.

Held over the May Bank Holiday weekend, the activity was pushed back by a day, with practice on Saturday, Qualifying and Race One on Sunday and the Race Two and Three on Monday. With bumper crowds across the weekend, the action sure provided thrills and spills for riders and spectators alike, with mixed weather conditions more than playing their part. 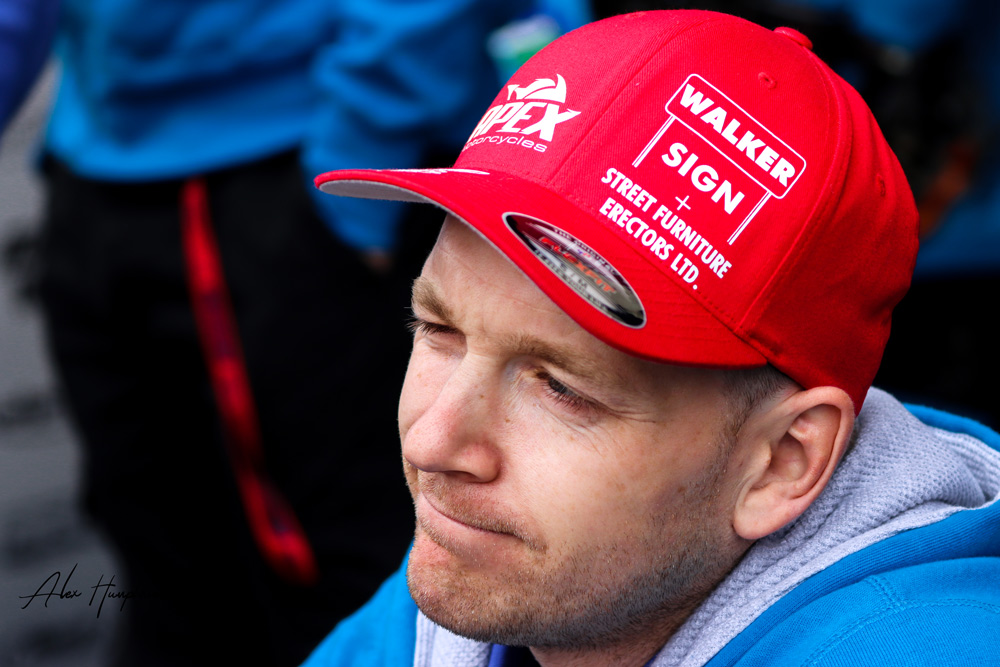 In FP1 on Saturday Dan struggled with the bike’s setup, only managing nine laps, setting the 22nd fastest time of 1:36:500 some 2.764 seconds off the fastest time, but just over a tenth slower than the Rapid CDH Kawasaki of Josh Owens ahead of him. It didn’t get much better for our man in FP2, where he could only manage a time of 01:36:790, nearly two and a half tenths slower thn he managed in the earlier session. This meant that for the first time this season, Dan would have to take part in Superpicks Qualifying 1.

The first qualifying session saw mixed weather conditions, with riders struggling to get to grips with the intermittent rain which had also affected the previous class out on track. Sadly, Dan only managed one flying lap, recording a time of 1:52.868, meaning he started P20 for Race One.

The first BSB race of the weekend came around in the afternoon, with Dan unable to make up any positions, with an incident involving David Johnson on the #20 Rich Energy OMG Racing Yamaha resulted in a red flag on the penultimate lap meaning an early end to the race, just when Dan looked to be catching the Rapid CDH Kawasaki of Josh Owens ahead of him, crossing the line just 0.049 behind the Liverpudlian rider.

Onto the Bank Holiday Monday and Race Two, Dan found himself being pushed off the racing line and onto the dirty part of the track, meaning he slipped from his starting position of 19th. He managed to regain some of the places lost, although a Safety Car was brought out on Lap 8 after the TAG Racing Honda of Luke Mossey crashed out at Druids. At the restart, Dan was again sat up by one of his fellow contenders, resulting in a loss of momentum and places, eventually taking the checkered flag in 20th place. 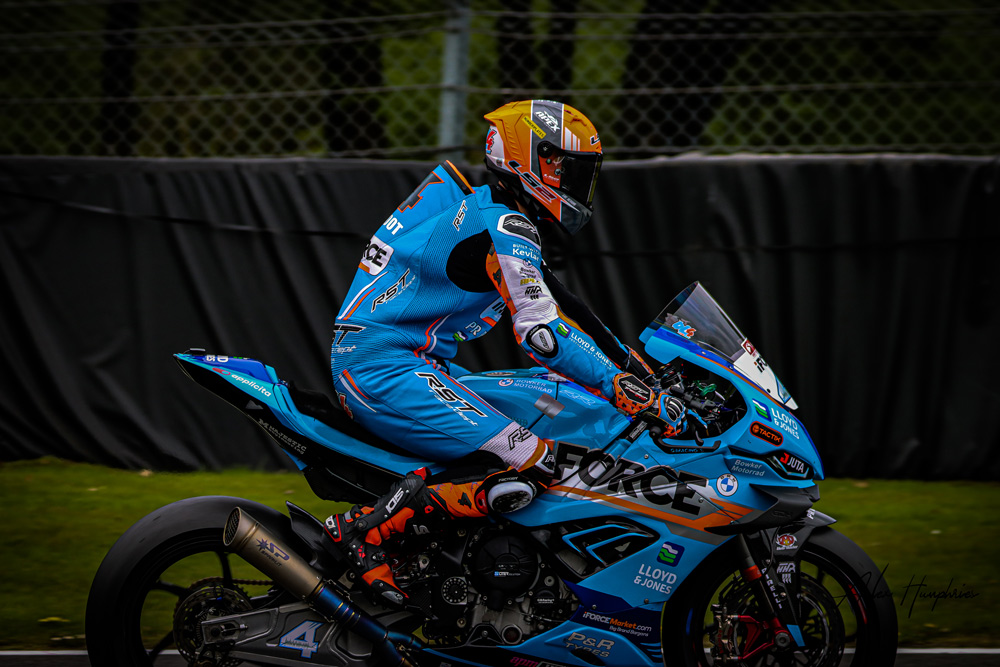 The final race of Round Two saw the weekend’s best result for Dan, as despite the constant pressure from DAO Racing’s Dean Harrison for the majority of the race, he managed to take his BMW M1000RR to the final points paying position of 15th, after starting 19th on the grid.

Dan will probably want to forget this round of the championship, but there’s plenty of racing left to do over the course of the next five months or so, including a return to Oulton Park as part of the Showdown in September. Next, we go to Donington Park around the National layout for Round Three!