The Top 5 Most Powerful Cars In The World

In this post, we’re going to take you through the top 5 most powerful cars, in relation to horsepower alone.  These are from 2020 – so there’s plenty of scope for positions to change in the future.

They’ve certainly come a long way already… as the first automobile in 1886 was powered by a 0.75 Horsepower engine – imagine that! Your typical cars today have an average of 120HP, and (spoiler alert) the least powerful on our list reaches a whopping 1900 HP!

All of the cars which we will go through here are electric, so bear that in mind when looking at how powerful they are. 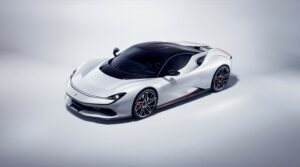 Number 5 on our list of powerful cars is the Pininfarina Battista, carefully created in Cambiano, Italy and brought out in the 2019 Geneva Motor Show. The production will be limited to 150 units spread equally amongst prospective buyers across the globe. The car’s carbon-fibre monocoque chassis with aluminium crash structures at the front and rear results in a low mass, allowing for ultimate performance.

The Pininfarina Battista uses a Rimac AWD powertrain specced to allow for power of 1900 horses resulting in 0-62 mph in less than 2 seconds. 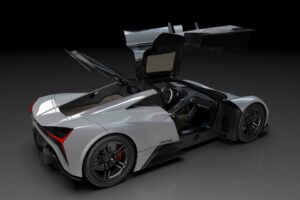 The Elation Freedom is manufactured in Argentina but is registered in the USA. This supercar not only envelopes a carbon-fibre monocoque chassis which “exceeds the safety standards of both the U.S department of Transportation and the Federation Internationale de l’Automobile”. With the front wheel drives controlled via a single speed gearbox and the rear wheels with dual-speed, it is understandable that the Freedom is able to climb 0-62 mph in 1.8 seconds. Reaching horsepower of 1,903. 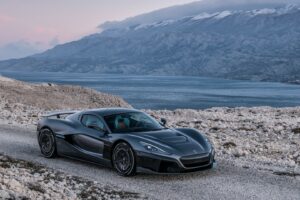 Designed and manufactured in Croatia, with only 150 units to go around thus far, The Rimac C_Two is a supercar spectacular and it comes as no surprise that it appears in the top 5. With an alleged speed of 258 mph and a time of 1.85 seconds for 0-60mph the C_Two gives its competitors a run for their money.

The car was designed to be very durable when driven hard. It comes with Level 4 Autonomous driving through an Nvidia powered self-driving system and ‘22 Macbook Pro’ worth of on-board computing power, meaning it comes in 3rd with a high horsepower of 1,914. 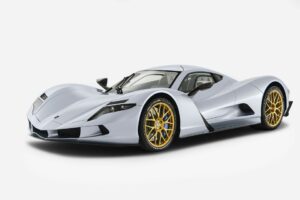 The Japanese all-electric battery-powered sports car was made with the goal of being the fastest accelerating electric car. With a whopping cost of $2.5 million per car, it’s not surprising that the production will only run 50 vehicles. It was introduced at the 2017 Frankfurt Auto Show. Similar to the others, the carbon fibre monocoque chassis enables lightweight mass (thus increasing aerodynamics).

The car has further bodywork that enhances performance, for instance the double wishbone suspension system. The Aspark Owl is able to accelerate from 0-60 mph in 1.69 seconds and has a top speed of 249 mph. The power of this is crazy, with a Horsepower of 1,985! 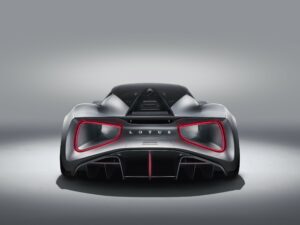 Number 1 = The Lotus Evija. A limited production electric sports car made by British automobile manufacturer Lotus. The supercar production will be limited to 130 units. The Evija has multiple aerodynamic positive enhancements – such as magnesium wheels and carbon ceramic disc brakes. The Evija is powered by a 70kWh battery pack (which can be recharged from 0%-100% in 9 minutes) with electric motors from Integral Powertrain.

All 4 individual motors are placed at the wheels. It has an acceleration speed from 0-62 mph in under 3 seconds and can achieve a top speed of over 200 mph. The staggering statistic for the Evija however is the horsepower – which totals in at 2,000. The most powerful car to be manufactured to date.

So there we have it. The Top 5 Most Powerful Cars in the world. They’ve certainly come a long way since the first automobile, and it doesn’t look like the production of them is slowing down anytime soon!

If you enjoyed taking a look through the most powerful cars, why not have a read of our ‘Top 5 Fastest Cars In The World!’.