With dateless registrations coming to an end in 1963, a new type of registration had to be launched to replace them. Suffix style registrations filled this space initially, with prefix style being added into the mix two decades later when suffix plates could no longer be issued to new vehicles.

Beginning with the letter ‘A’ in 1963, all the way until ‘Y’ in 1982, the contact increase in yearly vehicle sales was matched by the vast amount of different suffix plate combinations a vehicle could have assigned to it. 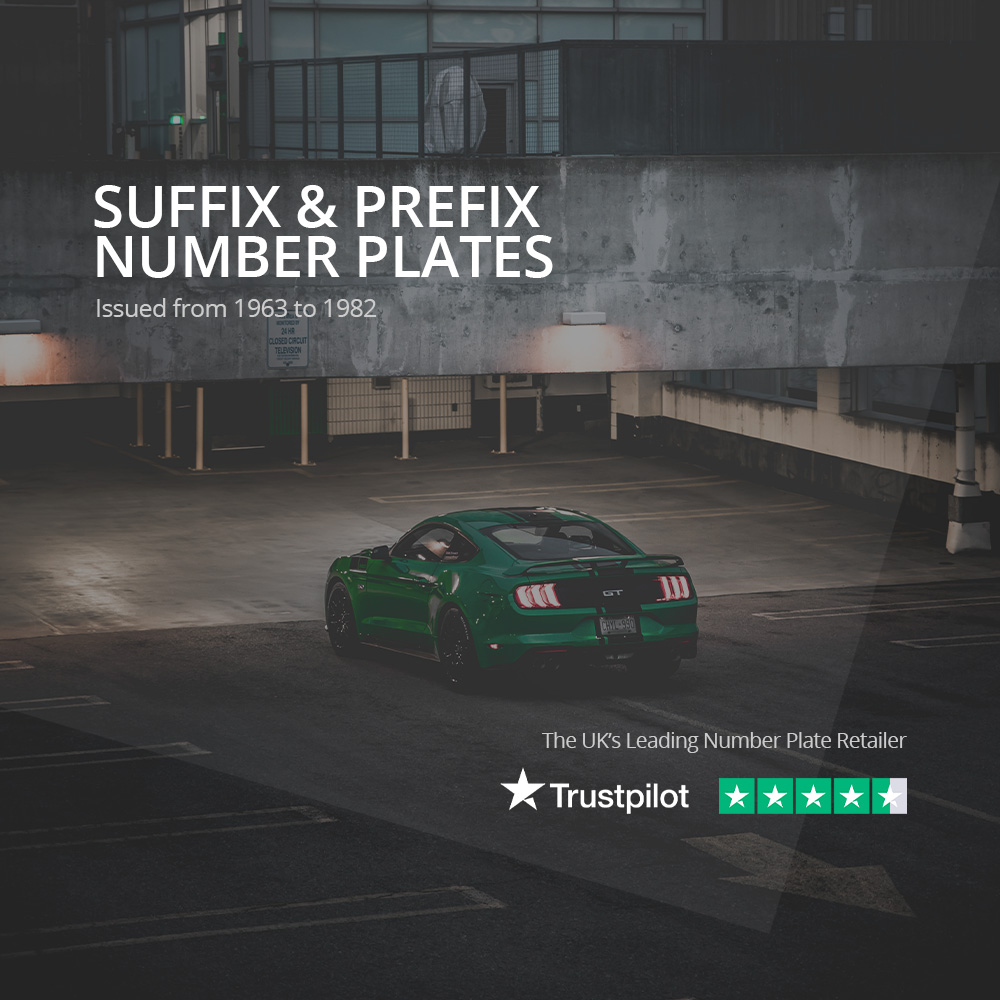 What are suffix registrations?

Suffix registration plates are vehicle identifiers which allow you to identify the age of a vehicle based on the letter which comes at the end of it. Starting with the letter A in 1963 until Y in 1982, suffix plates typically contained three letters followed by three numbers and a final age identifying letter. However, it was also possible for suffix registration numbers to have three letters followed by one or two letters which preceded the age identifier too.

The first three letters are not randomly assigned. The second and third letters are the regional identifier for the plate, much like current style plates also have regional identifiers. Meanwhile, the three numbers in the second part of a suffix plate are its unique identifier, and although some believe the assignment to be random, it’s highly likely that they were distributed in sequential order.

Examples of suffix style plates could be ABC 123X, XYZ 9K or even BMT 216A, the plate found on James Bond’s famous Aston Martin DB5.

The biannual release of new registrations can also be explained by the ‘suffix era’, as retailers began to realise that they were receiving a lower number of orders towards the end of the year. Not only was this because of the festivities at the end of the year, meaning people would spend elsewhere, but also if they were looking for a new vehicle, they would wait until the new age identifier was released on 1st January of the following year. In 1967, the release date was moved to 31st August in order to see whether this had an impact on sales. In 1999, the biannual release of new registrations was introduced as a way to keep vehicle sales lifted throughout the year as the latest regs would never be older than 6 months.